'Ghostbusters: Afterlife' Star McKenna Grace Loves Her Unusual Life, But Still Hopes She Can One Day Go To Prom 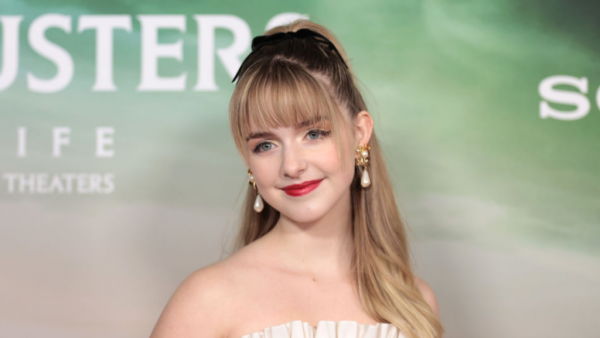 By this point in time, it's almost an accepted fact that child stars are going to be some degree of psychologically messed up when they reach adulthood. It's simply a pattern we've seen over and over again; from Michael Jackson to Britney Spears to Justin Bieber (and we could go on for a WHILE), it seems that there's something about the pressures and problems that come with being a kid in the spotlight that seems to cause kids to break, no matter what we do to try to avoid that.

Things have definitely gotten better for child stars, and these days there are some who seem to do alright after a bit of a crash period - The Jonas Brothers are now having such a resurgence that Netflix is airing a celebrity roast of them tomorrow night, and Daniel Radcliffe and Cole Sprouse both seem like they're doing alright, though they're now nowhere near the level of fame they had as children.

It's hard to tell which child celebrities will end up as well-adjusted adults, but if we had to guess right now, we'd probably all say that Mckenna Grace, the star of the new blockbuster Ghostbusters: Afterlife, will probably be one of them.

Now that this new Ghostbusters venture has exploded, making $44 million dollars on its opening weekend (blowing even the highly anticipated biopic King Richard, which made only 5 million in comparison, out of the water), Grace is going to have more attention on her than ever. She's been involved in blockbusters before - she played the child version of Tonya Harding in I, Tonya, and later even played the child version of Brie Larson in Captain Marvel.

Through it all, though, she has kept her head on her shoulders, and she seems more or less unaffected by her level of fame: A recent interview with Variety showcases a self-possessed kid who has the professionalism of an experienced actor as well as the enthusiasm of a child.

"I get so many comments being like, 'Oh my god, somebody let that girl live! Let her go outside! Teach her how to ride a bike!'...You know, I just learned how to ride a bike about a year ago and I'm very proud of myself. I do normal things, I go out, but just because I don't post that I'm going out and about all the time, doesn't mean that I'm not happy."

Mckenna's mother Crystal made it clear enough that her parents still do their best to shield her from the pitfalls of celebrity, especially when it comes to how much the world gets to see of her day-to-day life. Mom manages all her social media accounts except TikTok, and she still has to get approval on those videos before she posts them. They also try to keep her grounded when she's not acting by doing things like going to the skate park together.

Grace, for her part, makes it clear that she doesn't feel like she's missing out by not going to school or growing up the "regular way."

"I'd never wish that I had anything else. I didn't have a conventional, normal childhood, but it wasn't by any means a bad growing-up process." She sighs. "I enjoy this. This is my life, and I love it."

Still, there is one thing she hopes she gets to do, and it's probably the most high school thing ever:

"The only thing that I could ever want to do is go to a school dance."

Fans of hers shouldn't worry too much, though, because it seems like she's gonna get there: "I have friends who aren't home schooled, so I'm slowly working at the process of trying to convince them to bring me to their prom."

Mckenna Grace is a young actress who knows who she is and what she wants, and it'll be fascinating to watch her career take shape from here. She's next set to appear in Season 5 of A Handmaid's Tale, and she also just landed a role in director Olivia Wilde's upcoming project about the American women's gymnastics team at the 1996 Olympics, though who she is playing is still under wraps.

Ghostbusters: Afterlife is in theaters now.