The air is electric around everything Spider-Man: No Way Home from the stellar ticket pre-sales to the new villain poster art which has just been released featuring three of the most popular on-screen baddies Peter Parker has faced throughout the multiverse over the years.

The posters, which up until now have only featured minute details of Willem Dafoe's Green Goblin, Alfred Molina as Doctor Octopus, and Electro played by Jamie Foxx, have them front and center of the frame with an over the shoulder shot of our friendly neighborhood Spider-Man. In each shot, the focal point draws the eye to a specific part of each of the character's notable character trait. So, let's break each one down individually.

Starting with the one we know the most about from the trailers, Doc Ock grimaces through his signature round spectacles. His metallic tentacles writhing in the back and foreground as they angrily glow red in a blurred Spider-Man's face. One of the more interesting characters to take on the webslinger, Doctor Octopus might be more than just a villain in the film, given his past as a sort of anti-hero mentor for Parker. Guess we'll just have to wait and see. 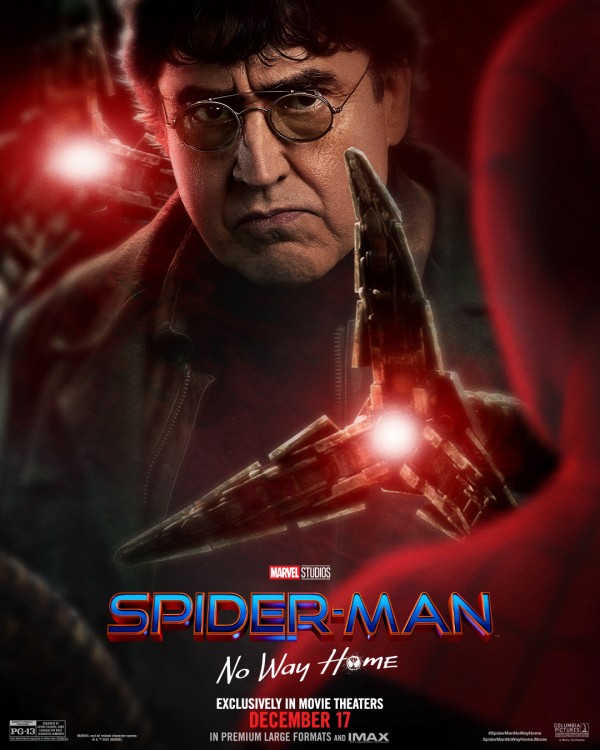 Next up is Electro filling the frame with a burst of yellow lightning. His eyes transfixed on his sworn enemy as Jamie Foxx is charging up for battle. Having a better glimpse at the costume from what we have already seen in the trailers, it appears that the power source strapped to Electro's chest might be some form of Stark technology similar to the Arc Reactor once embedded in Tony's chest to both keep him alive and power the Iron Man suit. Never let it be said that the folks behind Marvel properties don't know how to get the fan boys and girls drooling over well placed Easter Eggs. 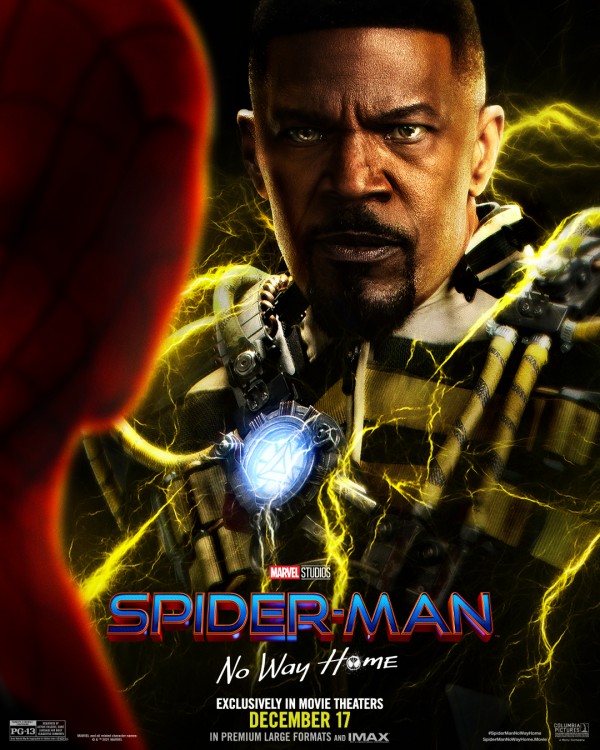 Finally, the king of 'em all y'all, Norman Osborn aka the O.G. Green Goblin. Fresh from the Raimi-verse of the Spider-Man series, he is looking freakier than ever in a mist of green gas pointing a glowing pumpkin bomb at our hero. Say what you will about the 2002 design and how it deviates from the rubber masked version of the comics, Dafoe is still looking sharp as ever in his Goblin armor. 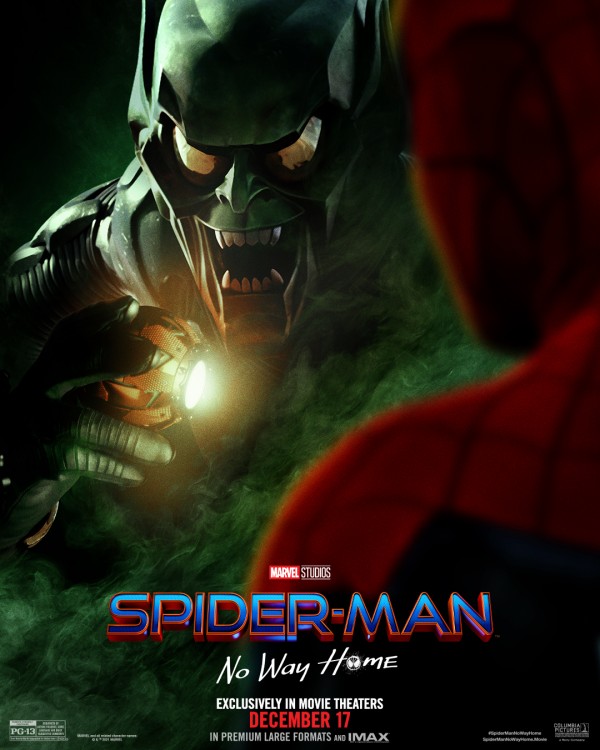 Spider-Man: No Way Home will be swinging into theaters on December 17th. A definite early holiday gift for all the Webheads out there.