Movie night sounds like a perfect plan: great entertainment, potential for high-quality snacks, and no pressure to make conversation. Regardless of how awkward you may be in your day to day life (although we know, as Aubrey Plaza shows us, awkward is awesome), on paper, movie night is the easiest one to three hours of "socializing" you will ever do. Unfortunately, nothing is ever that simple - Because, much like a snowflake, no two people ever watch a movie the same way. 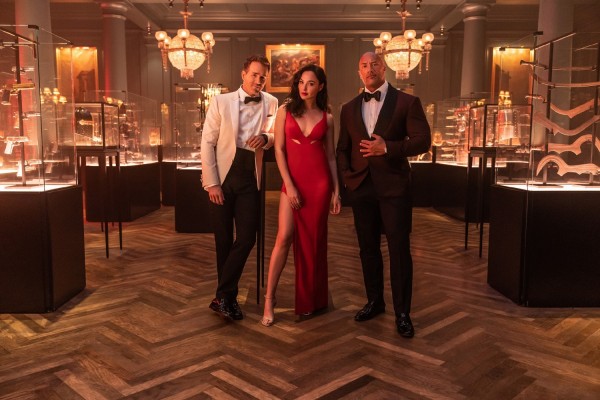 While a love of movies may appear to be a constant in everyone's lives, movie etiquette is not.

That is not to say that no one knows how to behave when watching a movie; I mean that there is an unbelievable amount of variety in what someone knows to be acceptable or unacceptable once the title sequence starts. Everyone believes their viewership style is the only way...but if everyone thinks they're right, they believe everyone else is wrong even though the people they think are wrong think that they're right and think that the person who thinks they're wrong is actually wrong -

Do you see what I mean? Movie nights are infinitely complicated. You should do something simple...like go play chess. 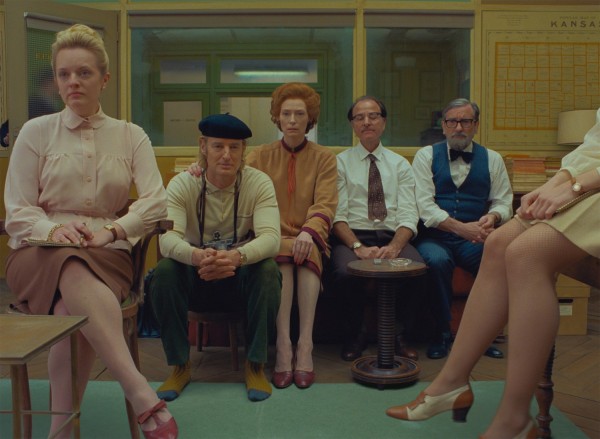 We'd all love to believe that we sit on the movie-moral high ground, but, in fact, you are likely annoying someone right now! (How's that shot of adrenaline for your anxiety?) In a cine-filled world full of contradictory "rules and regulations," it can be incredibly difficult to figure out what exactly annoys people when it comes to being part of an audience - but don't you worry.

This one is obvious. The Talker is the person who keeps talking as if there is no movie on. A story about their day? Sure! A time to unpack their entire childhood? Why not! This person likely has not stopped talking since they entered the home. They may not even realize that a movie is happening. They may not have heard anything for the last week because they've been talking the whole time.

For the person who talks their way through a movie: if you're telling a story and your friends keep turning up the volume on the TV, don't talk louder. Stop talking.

"Now, who is that? Why are they doing that? Why is she talking to that man?"

*inhales* WE. ALL. STARTED. WATCHING. THIS. MOVIE. AT. THE. SAME. TIME. The Questioner inherently assumes they are missing something. They assume that the group knows something that they don't. While that sounds like something excellent to explore in a rigorous therapy session, BOTTLE THAT S*** UP FOR THE MOVIE! Everyone watching the movie got there at the same time. If you don't know something, it's probably because the director doesn't want you to know it yet. They may want you to be confused for now. You'll figure it out. Believe in the movie. Believe in yourself. (Aww)

This is the opposite of, though equally annoying as, The Questioner; The Factoid Giver cannot help but provide you with, in real time, every fact they know about the movie, the history of a movie, or a specific point within the movie. 'That's interesting because back in the 16th century they cared about the thing they just made a reference to'

This person often turns into The Questioner because they spent so much time telling everyone about the movie that they missed an important part of it. (And if they don't understand every part of it, how can they give you factoids on it?)

Stop. Stop right there. If you hear these words come out of your mouth in the middle of a movie, you are The Predictor. The Predictor is the person that spends the entire film trying to figure out the film. You would not bring this friend to a magic show. The Predictor thinks of the movie as a game that they need to win, and when no one else is playing, everyone loses. Things can go two ways for The Predictor: either they get it right and ruin the movie for everyone, OR they get it wrong...and that's just awkward to be around.

We were all here. We are all watching the same movie. We heard the actor say it. You don't need to repeat it. Thanks for trying though. But please stop.

Now that we're talking about jokes in movies, we need to talk about The Pause to Laugh-er. While the other qualities are mild annoyances, I am confident that this is a trait of a dangerous and insane person. The Pause to Laugh-er sees a funny moment in a movie and then PAUSES THE MOVIE? TO LAUGH IN SILENCE?!? It's rare but it's real.

Not only is that downright SCARY, but the PROFESSIONALS that made this film have CONSTRUCTED A SPECIFIC COMEDIC TIMING. THAT YOU ARE RUINING. WITH YOUR INSANITY. You can go laugh in silence at any point. Not during the movie.

We all have our strengths and our weaknesses. The trouble comes in when, for whatever reason, we don't realize that our weakness is NOT a strength. Such is the case with The Confident Bad Movie Chooser. They are the loudest in an otherwise indecisive group. They point to a movie based on...literally, I don't even know what leads them there because it is ALWAYS terrible.

But Carly, how do I find out if I'm The Confident Bad Movie Chooser? Um...good question...maybe ask someone? They'll be honest, because they're sick of watching your dumb movies.

THE SPOILER SPOILS THE MOVIE. WHY? JUST WHY? DID YOU NOT GET ENOUGH ATTENTION IN CHILDHOOD??

This ranges from people who say UNNECESSARY things like, "wait, but watch this part, it's going to be so funny," to "I CAN'T BELIEVE THAT PERSON DIES?" Notice how I said "that person" and didn't actually name a reference? That's because I'm not a Spoiler. BE. BETTER.

I hope that this list was eye opening. Maybe you discovered that you fit a little too well into at least one of these roles. Maybe you've embarked on a wonderfully passive aggressive journey, sending this article to all of your friends. Whatever you got out of it, I hope it makes your future movie watching experiences just a little bit better.

Tags: Movies The French Dispatch Bill Murray
© 2022 EnStars.com All rights reserved. Do not reproduce without permission.
Most Popular
You May Also Like