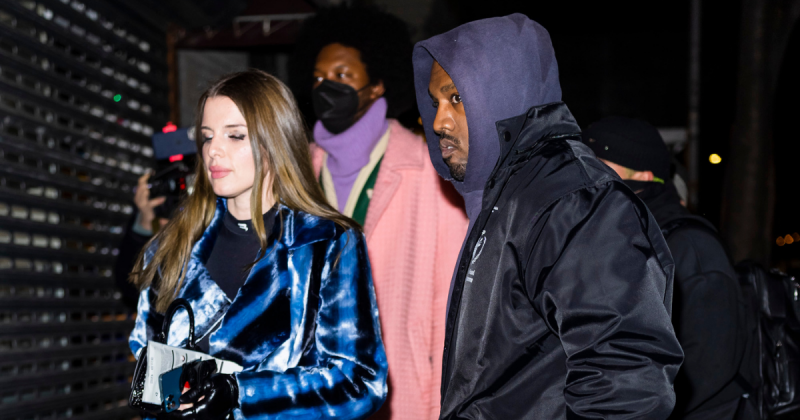 If you keep up with celebrity gossip, you're probably already aware that Ye (the artist formerly known as Kanye West) has apparently moved on from his ex-wife Kim Kardashian. The 44-year-old billionaire was spotted earlier this week in New York and Miami with actress Julia Fox of Uncut Gems - and yesterday, she herself published a story for Interview Magazine about the wild ride of a second date he took her on.

The actress said that the two met at a New Years' Eve party and had an "instant connection," so much so that she agreed to fly back with him to New York for a date - and it only got wilder from there.

"At the restaurant, Ye directed an entire photo shoot for me while people dined! The whole restaurant loved it and cheered us on while it was happening. After dinner Ye had a surprise for me. I mean, I'm still in shock. Ye had an entire hotel suite full of clothes. It was every girl's dream come true. It felt like a real Cinderella moment. I don't know how he did it, or how he got all of it there in time. But I was so surprised. Like, who does things like this on a second date? Or any date! Everything with us has been so organic. I don't know where things are headed but if this is any indication of the future I'm loving the ride."

It might seem like it's a little soon for the heartbroken Ye to be this head-over-heels for someone new, but hey, he's a passionate guy - and if Kim Kardashian can do it, then so can he.

Besides, how could you NOT fall in love with Julia Fox instantly after making such a connection? Scroll through these photos and you'll see what we mean.