"It's been such a pleasure playing this character and also growing up."

Selena Gomez, one of the stars of Only Murders in the Building, said to us in a press conference for the new film Hotel Transylvania: Transformania. It has been ten years since the first movie in the francise came out. A now 29 year-old, Gomez began voicing the iconic character Mavis, daughter of dracula, at the age of 19. While cartoons and vampires alike tend to remain ageless, Gomez acknowleged that she has really grown up through this process.

It's been such a pleasure playing this character and also growing up, because it was so long ago. That was in a different phase of my life, and so, it's actually wonderful to be able to kind of, you know...grow with this character.

Having lived with, worked on, and literally been this character for ten years, Gomez has noticed a lot of herself in the animated vampiress.

She's defnitely, I think, just tough, and she's not always demanded to be as big...She's always worrying, I think, and that matches my personality really well. I just want things to run smoothly. I actually understand what it's like to have...differences between, you know, family memebers and things like that and so it's nice that we're touching on such a real thing but in such a, you know, crazy way. It's fun! 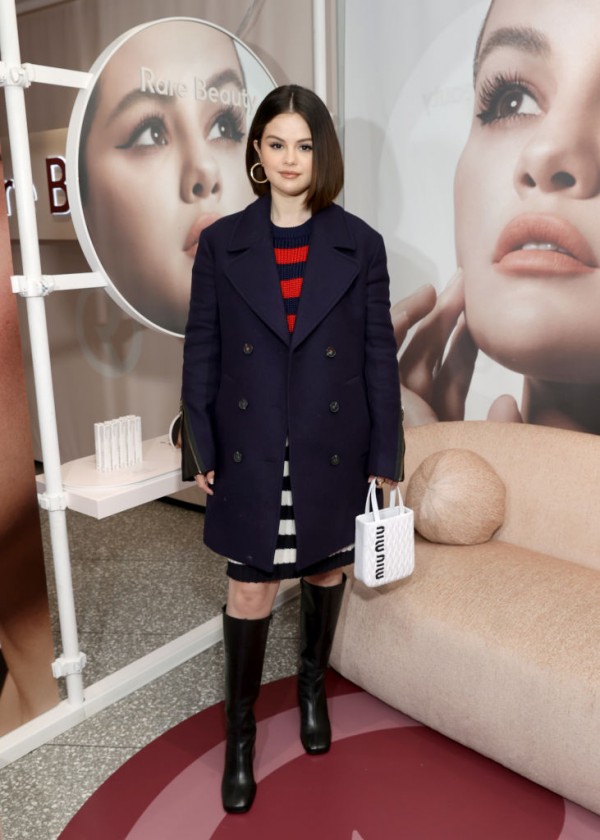 Not only has she worked with her character for ten years, she has been also working alongside her Hotel Transylvania romantic interest Jonathan, played by the hilarious SNL alum Andy Samberg. Gomez jokingly quipped, "I didn't enjoy working with Andy at all actually." As the rest of the cast laughed, she continued more seriously:

I remember I was really excited to meet Andy because I watched all of SNL...So, I would have to say the first time of being able to sit down with him, he made it so fun and easy, and, if anything, he's helped me kind of relax more in interviews and just kind of feel a little bit normal.

The genuine friendship and teamwork between Gomez and Samberg is incredibly meaningful to the actress. She remembered a time when the Brooklyn Nine-Nine lead stepped in and saved the day during an interview.

He also had my back, I will never forget, because they asked me a dating question, and I don't do those, and Andy answered for me, and it was nice! 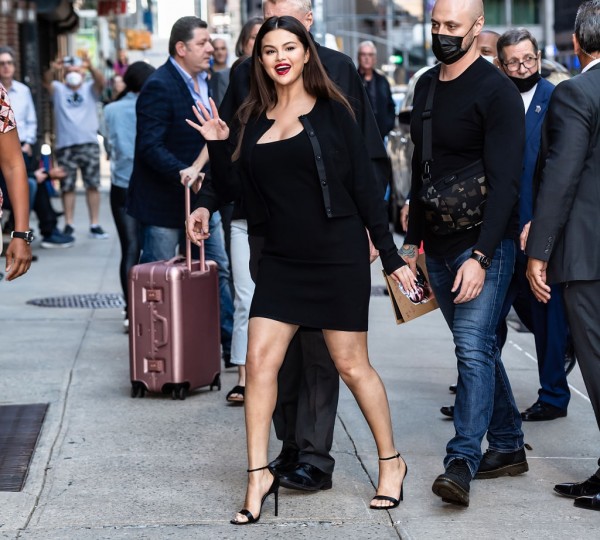 We love to know that this incredible cast is really as good to each other on screen as off.

Hotel Transylvania: Transformania is out now on Amazon Prime.

Season 2 Is In The Building! Martin Short, Steve Martin, and Selena Gomez Spotted in NYC Filming 'Only Murders in the Building' Season 2! We Have The Pictures Here!

Only Murders in the Building, the top Hulu original comedy series of all time, has officially started filming its second season, and it has been caught on camera.

Despite its ups and downs, the year 2021 provided us with several awesome TV series to keep ourselves busy with - the MCU hit hard this year, and new series like Squid Game captured our attention as we mourned the end of Brooklyn Nine-Nine.

No Murders Tonight! Steve Martin Takes to Twitter To Congratulate 'Only Murders in the Building' Co-Star Selena Gomez on People's Choice Awards Win!

The hilarious murder mystery will soon be joined by a new set of eyebrows! Actress, model, and musician Cara Delevigne will be joining the cast of the hit Hulu show Only Murders in the Building.

Selena Gomez's latest video with Taylor Swift had fans swirling online saying her outfit was not a coincidence, but rather a hint that she's dating Chris Evans.