Brad Pitt has taken up a somewhat unexpected hobby: antiquing!

And according to a new report, he's really serious about it -- as in $33 million in one day.

“Brad turned up at one art and furniture show, spent $33 million in an hour, then just got back on his plane and left,” Bill Ketterer, owner of DIGSmodern vintage showroom, revealed to Radar Online on Wednesday. “He kinda knew what he was looking for and he got it.”

Ketterer, who has known the 52-year-old actor for years, said Pitt visits his store in Pomona, California store regularly.

“When Brad comes to the warehouse, I don’t advise him,” he said. “He usually has an interior designer with him or other people, and he says to them, ‘Hey, just wait in the car.‘”

Meanwhile, as Pitt enjoys his new antiques, rumors continue to swirl regarding his possible affair with his Five Seconds to Silence co-star Marion Cotillard.

“There is totally something going on between [Brad and Marion],” an insider told Star magazine, according to a report by Hollywood Life last week. “They had insane chemistry right from the start, and many crewmembers believe they’ve been acting on it in private.”

They have “affectionate nicknames” for each other, and Marion “lights up whenever Brad is around,” the source alleged.

“In the past, Brad and Angie have always turned a blind eye to each other’s little flirtations. As long as neither of them took it too far, they thought it actually spiced up their relationship,” the insider added. “But Brad getting emotionally attached to Marion is totally against the rules. That’s what makes this a unique situation that could threaten their marriage.”

Pitt was also recently linked to his Allied co-star, Lizzy Caplan, after the two were seen sharing a kiss on set.

For more on Brad Pitt's chemistry with Cotillard and his possible plans for divorce, check out the clip below. 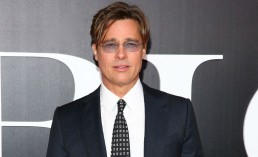 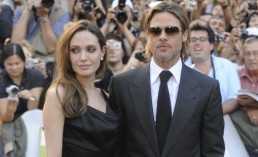 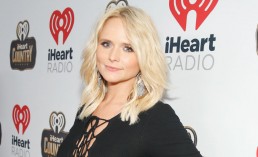