Well here's a statement that a lot of Jennifer Aniston's fans can surely agree with her on. The Hollywood actress recently said that the number one reason why she's not on social media is because she finds the whole ordeal "too distracting."

Speaking to the Press Association (via the Belfast Telegraph), Aniston, whose last film, Mother's Day, bombed at the box office, says that she simply doesn't find social media outlets like Facebook, Twitter, and Instagram useful in her life, even though plenty of celebrities use it every day to interact with their fans. In fact, her own husband Justin Theroux is an avid Instagram user with over 234,000 followers.

She said, "I think it's (social media) really distracting. The amount of time it takes people to probably post all of that stuff, it feels very time consuming. It's just not my thing."

Yet, her Mother's Day co-star Jason Sudekis has a different opinion when it comes to social media, mostly because his wife Olivia Wilde likes to use her accounts as a platform to "do good" with it.

In the same interview he said, "She's good at it. It's not an all-day, every-day thing. She's funny. She speaks about issues. I would say she changed my personal opinion of it. I have nothing against it for other people. They can do whatever they want."

Sudekis added, "A photo with a comment? Easy. I can handle that. The effort doesn't hurt my feelings. The content? Possibly. It's just not my bag." 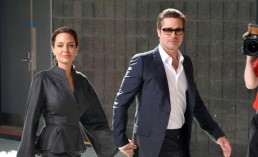 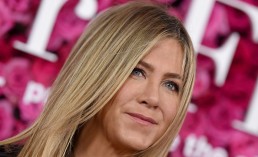 Jennifer Aniston Update: Was The Actress Present During Her Mother’s Death? [VIDEO]