They've gone on the record to say that they've very much enjoying the time they spend together, but a new report alleges that Gwen Stefani may be worried about her relationship with Blake Shelton.

According to OK! Magazine (via Hollywood Life), Stefani is allegedly panicking about her upcoming tour for her album This Is What The Truth Feels Like because of how long she'll be apart from Shelton, and she allegedly fears that too much time apart could doom their romance.

"Gwen is worried about the idea of spending so much time apart," a source reportedly said. "She's afraid it's going to blow up their romance. She wants to keep an eye on Blake."

When the fact that her 13-year marriage to Gavin Rossdale ended because he cheated is factored in, it could seem as if she has a reason to be worried about her new romance as well, but the source maintains that Shelton has no interest in just following her around when she's on tour from mid-July through mid-October.

"Blake loves Gwen, but doesn't want to be her sidekick for two months," the source claims.

However, Shelton himself seems to have shut down the rumors before they even began, after he revealed on Twitter back on June 10 that he had every intention of being there for several of Stefani's shows, which features four shows in California during it's run.

The couple has been dating since the fall, after announcing their own respective divorces from former spouses. Shelton and Miranda Lambert announced their divorce after four years of marriage last July. A few weeks later, Stefani and Rossdale announced their own split. Their divorce was finalized earlier this year. 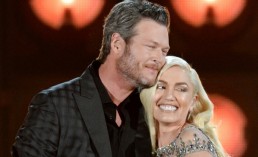 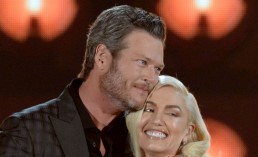 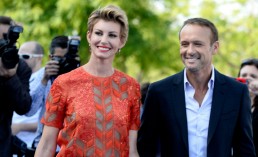