They might have been dealing with some serious financial problems these last few years, but it looks like that hasn't stopped Tori Spelling and Dean McDermott from expanding their family. In fact, there's a new rumor that suggests the actress might be secretly pregnant with the couple's fifth child.

Spelling and McDermott already have four children - Liam, Stella, Hattie and Finn, while the actor also has a teenaged son Jack from his previous marriage to his ex-wife Mary Jo Eustace. A sixth child in the mix will not only put some strain on their bank account but it might also make things more chaotic than it already is.

To make things worse, McDermott allegedly cheated on Spelling with a fan back in 2013 while he was filming a reality cooking show in his native Toronto. He and Spelling have since patched things up as they insists that their marriage has never been better, although insiders say that they are not as happy behind closed doors as they appear to be in public.

One source told Naughty Gossip on Friday, "She's pregnant again. She thinks that a new kid will save her marriage. They are going through a lot of problems again. She hasn't caught him cheating again but she knows something is up. He is always away from home and he has changed his password on all his social media site."

So far neither Spelling nor McDermott have made any comments about the report. 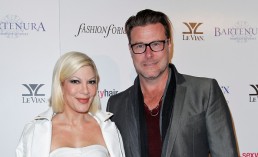 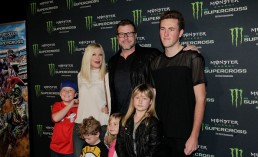