Joseline Hernandez had no problem flaunting her growing baby bump and claiming that her ex-boyfriend Stevie J is the father earlier this month. Now that the social media circus has died down, fans are coming for Hernandez and accusing her of not really being pregnant to begin with.

The latest round of backlash for the self-proclaimed Puerto Rican Princess sparked after Hernandez shared a clip of her with a seemingly flat stomach. She pointed out her lack of baby bump in the caption and wrote, “Mad cause #babyjoseline ain’t showing! Goodbye she loves mommy….”

A video posted by Management:JoselineHernandez (@vh1joselinehernandez) on Jul 10, 2016 at 1:48am PDT

Still, some fans are not convinced that Hernandez is gearing up to be a mother. “Oh now she’s not showing. But just a couple of posts ago you were just going on 4 months and showing. What happened boo?”

One fan went as far as suggesting Hernandez was only sporting a baby bump because she was congested.

Another added, “We’ve watched her lie for the past month on Stevie on the show. We don’t believe you. You need more people.”

One called her out and wrote, “She’s pushing out her stomach. Stop lying Joseline”

Another joked, “When you poke out your stomach for likes. Then you forget you wanna party so you suck it back in [LOL].”

Meanwhile, Stevie has suggested that he does not believe he is the father of the child. He told one fan, “Who?” when they asked him about the pregnancy. Check out his tweet below. 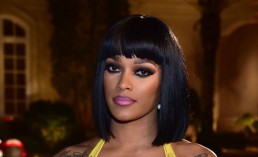 Stevie J And Joseline 2016: Hernandez Was Married, But Not To Reality Star [VIDEO] 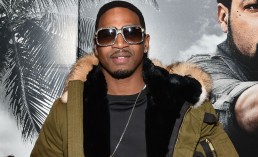 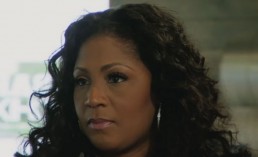