Are Zachary Quinto and Miles McMillan planning to get hitched soon?

On Friday, E! News got the details from the actor, himself, who revealed if he plans to ask his boyfriend to marry him someday. The speculation of an engagement began when Quinto was wearing a ring on his finger, but that turned out to be nothing more than just a lovely piece of jewelry.

"I was just taking it for a test drive, nothing formal," he said. "It's a vintage ring that I bought as a gift for Miles and because we were not together on this long press tour I was like, 'I am going to take that ring because I love it.'"

So what does this mean for the future? Could marriage be next in Quinto's life?

It's definitely a possibility, but it's not official right now. But the actor and his boyfriend are happy that same-sex marriage is finally legal in the United States.

"I am thrilled that we can [get married] and I fought really hard for the right to marriage equality," Quinto said. "I am really grateful for the Supreme Court for passing it a year ago. We love each other and we talk about it, but we have no immediate plans."

At this point in his life, Quinto feels grateful for his love and career where he's just letting it all happen as it comes.

"I have had a lot of amazing experiences and opportunities," he said. "A lot of them have come because I said, 'Yes' and right now I am not saying anything and I am taking time to fill my well and see what comes my way. I just feel right now I have to trust the unknown and that can be a real difficult thing to do." 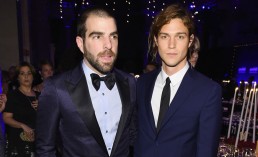 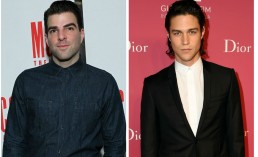 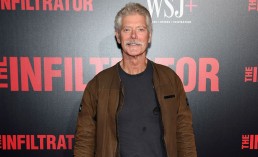