Jenelle Evans and her boyfriend, David Eason, are expecting a child together and over the weekend, the reality star faced allegations of drinking.

While in the Big Apple to attend the MTV Video Music Awards, the Teen Mom 2 couple shared a photo of themselves in the back of a limo with two drinks sitting in between them and another photo of them with a group of friends and several drinks at their table.

"In the first picture from Eason’s Snapchat, there are clearly two bottles that are open. They appear to be champagne; however, to be clear, that does not mean that Evans was necessarily drinking out of them and/or they could have been non-alcoholic," Real Mr. Housewife revealed to readers on Tuesday.

"In the second picture, Evans is seen pushing a drink out of the way; however, to be clear, that does not mean there was alcohol in that beverage or that it was hers. In fact someone she was out with that night claimed she was having a non-alcoholic beverage," the outlet explained.

Evans and her boyfriend announced their exciting baby news earlier this month on Instagram after months of rumors claiming the reality star was pregnant. According to posts on Instsagram, Evans is due at the end of January and is expecting a baby girl.

Jenelle Evans and her family, David Eason included, are currently in the midst of production on the upcoming season of Teen Mom 2. The series will likely return to MTV sometime later this year or early next year. 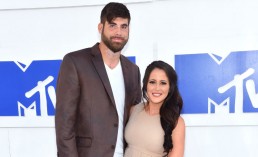 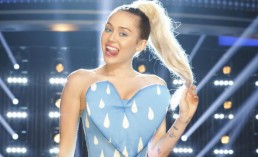