Richard Curtis, the Pennsylvania high school teacher who won the contest to co-host Live With Kelly, might actually be in the running to be Kelly Ripa's permanent co-host.

Curtis co-hosted Live With Kelly last Friday, but he's apparently being touted to co-host again in November. The teacher was such a hit with the crew that he's reportedly looking to become the official co-host with Ripa!

He apparently "blew everyone away" in his first co-hosting gig, according to TMZ, with feedback being "universally positive."

Now, he is "very much in the running" to co-host with Ripa, according to a source. "He was the best co-host since Michael [Strahan] left."

Strahan's departure in May was an emotional one, with the former NFL star telling the audience on his final show: "It's bittersweet. Of course you get nervous. This is a moment I didn't anticipate being here, at least not at this point. I'm not dying. I'm still in the family and still available to come back as co-host."

He added, "I just want to say thank you to everyone. You let me into your home every day for four years. You opened up your hearts to me and homes to me. It's been so overwhelming the response you've had to this show."

Strahan is now a member of the Good Morning America team.

"We couldn't be prouder of you," Ripa told her co-host during his final episode. "You have given us so much joy in the mornings. We really are so so proud of you. I look forward to watching every morning and seeing what you achieve over at 'Good Morning America'."

Meanwhile, guests have been filling in as Ripa's co-host for months following the departure of Strahan in May. Co-hosts have included Jerry O'Connell, Jimmy Kimmel, Anderson Cooper, Mark Consuelos, Tony Goldwyn, Dwyane Wade, Keegan-Michael Key, Alec Baldwin and many more. 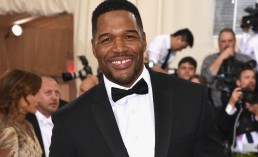 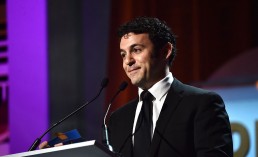 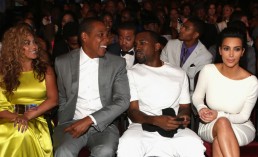