Demi Lovato is hoping to get her legion of young fans to accept themselves if, like her, they struggle with mental illness.

Lovato was diagnosed with bipolar disorder in 2011 and has battled with eating disorders and addiction. She continues to get treated for her illness to this day, and now she's hoping to be an example of living with such illnesses.

"If you know someone or if you're dealing with it yourself, just know that it is possible to live well," Lovato told People in a new interview. "I'm living proof of that."

Love noted that every day is a "work in progress," with her family and friends supporting her. "They're there for me at any moment of the day and will be there to support me throughout my recovery," she said. "That relationship is ongoing - it's not something where you see a therapist once or you see your psychiatrist once, it's something you maintain to make sure that you want to live with mental illness. You have to take care of yourself."

The singer opened up about there being times where she wanted to hurt herself during treatment, but was advised to divert her attention elsewhere.

She has also partnered with Be Vocal: Speak Up for Mental Health, a group of five mental health organizations, which helps lessen the stigma of admitting to mental illness.

"This partnership means a lot to my fans because so many of my fans are dealing with mental illness, whether it's depression or bipolar disorder or even schizophrenia," Lovato explained. "I have fans that deal with all sorts of mental illnesses so this is very important to them." 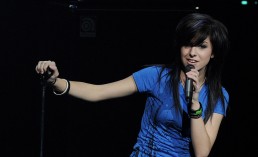 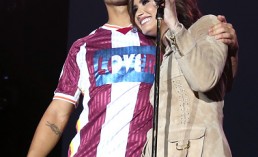