Most of the various critics and industry guilds have announced their nominations, which means the only major awards group left to announce is the Oscars!

The Golden Globes have come and gone and the various major guilds like SAG, DGA, WGA and PGA have announced their nominations. Oscar predictors now have a strong sense of which films will be in contention for major Academy Award nominations and which simply don't have a chance at all.

So which films have the best chance of being in contention for Best Picture and much more at the Oscars this year? Here are the 10 movies we suggest you catch up on before the nominations on the 24th to get a good sense:

Unless Oscar voters don't respond to it for whatever reason, La La Land will probably be the nomination leader on the 24th. In addition to charismatic leading stars Ryan Gosling and Emma Stone, the dazzling Los Angeles-based musical has amazing production values and should easily rack up multiple nominations in the technical categories. Widely considered the frontrunner to win Best Picture, La La Land is a sure bet for a slew of nominations, especially after its sweep at the Golden Globes.

Moonlight is the critical indie darling that could this year, topping dozens and dozens of critics lists and winning the Golden Globe for Best Motion Picture - Drama. The film, which centers on a gay black boy growing up poor in Miami, has struck a chord with many groups for its haunting poignancy and tender approach. Like La La Land, Moonlight should have enough passion to garner several nominations, including acting nominations for Mahershala Ali and Naomie Harris and Barry Jenkins for directing and writing.

3. Manchester by the Sea

Manchester by the Sea completes the trifecta of movies that are virtual locks to be nominated for Best Picture and many other categories at this year's Oscars. Set in the Massachusetts town of the same name, the heartbreaking drama about family and grief has received huge acclaim, with star Casey Affleck picking up a slew of Best Actor prizes. With great supporting turns from Michelle Williams and Lucas Hedges as well, the movie should be a major contender.

In recent years, there is a pattern of a critically acclaimed sci-fi drama performing well at the Oscars. In 2013 it was Gravity, 2014 had Interstellar and 2015 featured The Martian. This year, that slot belongs to Arrival, the alien invasion drama with a cerebral edge starring Amy Adams. The film has cleaned up with guild nominations even if it hasn't won as many awards as the three movies mentioned above. It will very likely pick up many technical nominations in addition to a Best Actress nom for Adams and Best Picture.

Lion has surprised with a truly impressive guild run up to this point, in addition to its Golden Globe nominations. The film, which tells the true story of Saroo Brierley, an Indian boy adopted by an Australian family who later seeks out his birth family, received the very important Directors Guild nomination alongside the four aforementioned films. Oscar voters are often suckers for emotional stories like Lion, so it has a great shot of receiving a Best Picture nom and much more.

One of the biggest box office successes among limited release movies, Hell or High Water has been hanging in there as a contender despite its August release. Supporting star Jeff Bridges has received a lot of nominations, and the film itself has gotten into the Producers Guild, Writers Guild and other technical guilds. Its lack of a DGA nomination puts it below the first five films, but this compelling heist film should be in regardless.

Fences is hugely benefited from the presence of Denzel Washington and Viola Davis, with a screenplay by one of the world's greatest playwrights, August Wilson. Voters will surely be watching to see this incredible acting showcase, about a family living through hard times in the 1950s. Fences hasn't performed quite as strongly as other contenders, but it did get a Screen Actors Guild Ensemble nomination, plus PGA. It's vulnerable, but probably more in than out at this point.

Hidden Figures has come in strong as a late-breaking contender. News that the movie topped the box office this week will only help it, with audiences unable to resist the incredible story of three underestimated black female mathematicians (played by Taraji P. Henson, Octavia Spencer and Janelle Monáe) who contributed greatly to the space race. The crowd-pleasing appeal of the movie should be irresistible to voters, and it's clear that the industry likes the film.

This is where things get dicey. Hacksaw Ridge was widely assumed to be a major contender for Best Picture and other technical categories, but the film has only netted four guild nominations - PGA, ACE, ADG and CAS. Voters will likely be watching it for star Andrew Garfield, who is being predicting for a Best Actor nomination, but the Mel Gibson war drama is on thin ice based on the evidence. If Best Picture has nine nominees this year then Hacksaw is likely in, but it could very easily slip out with an eight-movie field.

The biggest question mark heading into the Oscar nominations is how Silence will do. The Martin Scorsese religious drama is even more late-breaking than Hidden Figures, but it's also much harder to swallow. Still, the Oscars love Scorsese and there's perhaps no director more respected in the Academy, so he always has a shot of getting in. It's even possible that Scorsese could get nominated for Best Director while the film does not. If voters have seen it and they like it, there should be passion, but we're unsure of its potential. 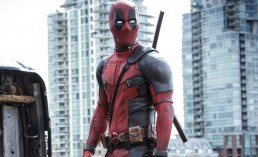 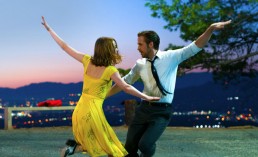 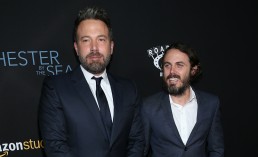 Ben Affleck News: Actor Upset With Casey For Not Thanking Him In Golden Globes Speech? [VIDEO]