All four acting winners at last year's Oscars are returning for the 2017 ceremony.

Leonardo DiCaprio, Brie Larson, Mark Rylance and Alicia Vikander, who each took home their first Oscars last year, are set to present at this year's show, the Academy confirmed Tuesday. They are the first of many stars who will present at the 2017 Academy Awards, with more to be announced at later date.

DiCaprio won his first Oscar in 2016 after years of dedicated work. The actor won on his fifth nomination in the Best Actor category, for revenge drama The Revenant. Larson has also been steadily working over the past decade but her performance in indie drama Room was widely considered her breakout role. She won Best Actress last year on her first nomination.

Rylance's victory in Best Supporting Actor was a bit of a surprise to many, for his understated but impressive work in Bridge of Spies. The actor, mostly known for theater, beat then-presumed frontrunner Sylvester Stallone in Creed. Then there's Vikander, who had a huge year with two great performances in Ex Machina and The Danish Girl, winning Best Supporting Actress with the latter role.

It is expected that DiCaprio, Larson, Rylance and Vikander will be presenting acting categories, as per Academy tradition. The previous year's acting winner typically presents an acting award for the opposite gender, as we saw last year when Julianne Moore presented to DiCaprio, Eddie Redmayne presented to Larson, Patricia Arquette presented to Rylance and J.K. Simmons presented to Vikander. 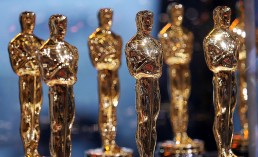 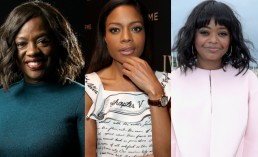 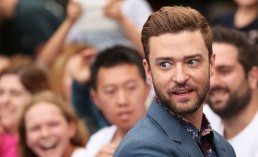