"Resident Evil: The Final Chapter" movie seems to be pretty popular these days. The movie directed by Paul W.S. Anderson wasn't stellar in opening numbers, but the movie came in third place with $13.85 million from 3,104 domestic theaters. This is pretty interesting since it was the smallest opening for any sequel in the franchise as the original took in $17.7 million in its opening weekend.

However, "Resident Evil: The Final Chapter", in which star Milla Jovovich, Eoin Macken, Ali Larter, Shawn Roberts, Iain Glendid, did impressive job overseas, as expected, chasing in $64.5 million from 42 international markets. According to Dread Central, Sony has confirmed that with this latest movie the "Resident Evil" franchise has earned 1 billion dollars worldwide over its six films. It's the most profitable game-to-movie franchise in the history of cinema, with the first five sequels earning consistent the number 1 spot openings at the box office.

It was a great weekend for thriller/horror in US theaters as "Split" is firmly holding the number 1 spot for two weeks and making its director M. Night Shyamalan proud. Split cashed $26.26 million, dropping just 34% since last week for a total amount of around $78 million in its first ten days in the United States.

According to Stuff,  "Split" features a superbly twisted performance by James McAvoy who delivers multiple performances with pretty high self-confidence. He plays the 23 personalities inhabiting the mind of Kevin Wendell Crumb, a man with serious dissociative identity disorder (who makes Norman Bates seem like a joke). There are many different personalities, from a nine-year-old boy over a talented fashion designer to prim English matriarch all fighting for their "moment under the spotlights".

Is the "Resident Evil: The Final Chapter" worthy of its previous installments? And another perhaps more importantly for fans, is it really the last word on heroine Alice played by Milla Jovovich and the T-Virus-addled zombies of Raccoon City? 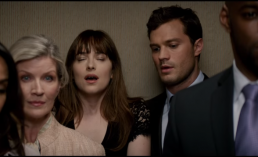 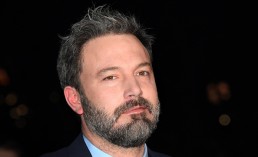