LeAnn Rimes may have found success in show business, but she doesn't recommend it to anyone.

Rimes is very open about show business not being for everyone in the new issue of People. The singer, who found success in music as a young teen, has learned to accept her role in life but doesn't necessarily think it's an advisable career path.

"I would not recommend it to anyone, but it's my path, so I've accepted it and learned from it," Rimes said. "I can really appreciate it at this point - all of it."

Rimes has certainly had ups and downs in show business and the tabloids. From her controversial marriage to Eddie Cibrian to her fluctuating music career, she's been through the wringer. All of this is channeled in her new album, Remnants.

"It's about allowing yourself to fall apart, picking up the pieces, moving forward and building yourself in a way that's solid, which I've gone through," Rimes said, of the album. "It was healing."

Rimes also spoke on the criticism she received from the country music community when she started crossing over into pop.

"When I started crossing over, it was very taboo. You just didn't do that. Country then really thought that you were running away from them and they were gonna disown you - which happened!" she said. "I guess now, the lines are very blurred, which is great. I'm so happy for artists, period, that they get to just do whatever."

Many major artists have experimented with different genres as of late, including Beyoncé, Lady Gaga and Taylor Swift, and Rimes doesn't believe there should be a stigma attached to those who try something new.

"I don't see boundaries in music. Those lines have always been erased for me. But, especially as a child, how do you expect a kid to grow up and not express themselves and change?" she noted. "I guess they did. But that wasn't going to happen. I guess I've always been a bit of an outsider and a rebel in that way of, 'I'm going to sing music I love to sing.' But this place where I'm in now, I feel very settled; it feels really good." 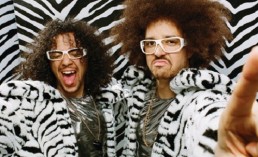 LMFAO, Black Eyed Peas Listed Among Billboard Top 10 Songs of All Time, 'The Twist' No. 1 [VIDEOS] 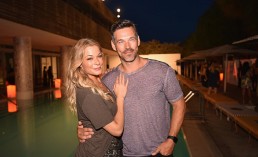 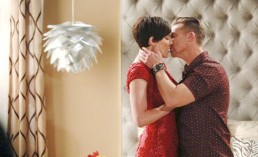 Soap Opera Spoilers: What Will Happen This Week On 'Young & The Restless,' 'Days of Our Lives,' 'Bold and the Beautiful' & 'General Hospital' [VIDEO]