Queen Elizabeth recently gathered the royal family for the Commonwealth Day service at Westminster Abbey in London earlier this week. Except for Prince William, everyone in the royals including Prince Harry, Prince Philip, and Prince Charles were present.

The no-show of Prince William did not go unnoticed and his absence further gained negative feedback after the tabloids released exclusive photos of him partying hard at a ski resort in Switzerland. Reportedly, the prince did not attend the Commonwealth Day service to be with his pals for an all-men booze-fueled Swiss party.

What's more, at one point Prince William was spotted with an unidentified brunette and they look close as he had his arm around her waist. Royal observers are not happy as the 34-year-old prince skipped a royal engagement just to play and party.

Aside from the barrage of criticisms from the public, the second-in-line to the throne is also in trouble with his wife Kate Middleton. This is understandable because aside from the woman he was seen dancing with, The Sun reported that Australian model Sophie Taylor was also with Prince William's group when they went skiing and partying at the Farinet nightclub in Verbier.

At any rate, the Queen considers the Commonwealth Day service as one of the most important occasions in the royal calendar so Prince William's decision to skip it is a big deal. It is even more controversial since there are leaked videos of him having fun and simply being in the company of women.

When William returned to the U.K, the tabloids already published their articles and with what were reported, the public thinks that the prince is not fit to be the future king. The stories were also blown out of proportion now and news about William and Kate's divorce soon followed.

Meanwhile, the media also extensively covered stories about Taylor. She has been hounded by paparazzi since her photos with Prince William came out. With her new-found fame, Daily Telegraph reported that Taylor hopes she can make a comeback as a model and restart her career. 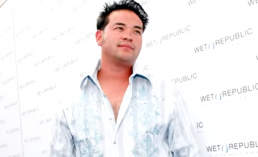 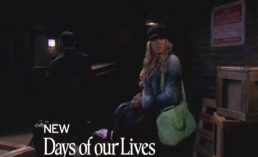 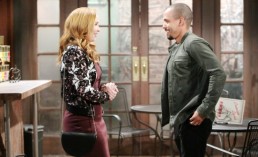 'The Young and the Restless' March 28-31 Spoilers: Adam is Alive, Chloe Holds Him Hostage; Devon & Mariah to Try Dating for Real