Fans of the giant robots versus monsters movie sequel, "Pacific Rim: Uprising," will undoubtedly be happy to know that the production of the movie is going swimmingly. The movie is reportedly now in the post-production process, which means that it is on track for its release in early 2018.

"Pacific Rim: Uprising" will be directed by Steven S. DeKnight, who has taken over the helm from Guillermo del Toro. The majority of the cast members from the original 2013 "Pacific Rim" movie will unfortunately not be returning. The sequel will be starring an entirely new set of cast members, with the exception of two returning stars, namely the "Always Sunny in Philadelphia" star, Charlie Day, as Dr. Newt Geizler, and Burn Gorman as Hermann Gottlieb.

According to a report from Screen Rant, several actors, including the sequel's upcoming star John Boyega, have been continually teasing different images while they were on set filming their parts in the movie. However, Boyega's latest tweet, via Movie Web, has now confirmed that they have just now wrapped up filming for the sequel.

It's been an amazing six months ! That's a wrap on #PacificRimUprising pic.twitter.com/p53f78skho

As seen above, Boyega's caption clearly reveals to fans that they have already wrapped up filming. It has to be noted that Boyega actually starting filming for the movie back in November, which means that "six months" may not be accurate. Boyega has already been revealed to play a character named Jake Pentecost, the son of the Idris Elba's Stacker Pentecost in the original "Pacific Rim" movie.

Given that fact, it can be assumed that the sequel will be taking place more than a few decades after the events of the original movie. Aside from the setting, there is currently no information regarding the sequel's possible plot.

Boyega will be joined by his fellow newcomers to the franchise, namely Scott Eastwood, Cailee Spaeny, Rinko Kikuchi, and Jing Tian. Aside from Boyega, there aren't yet any details about the characters the other cast members will be portraying. "Pacific Rim: Uprising" is scheduled to hit theaters on Feb. 23, 2018. 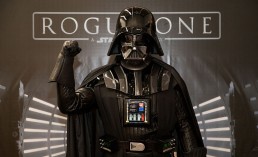 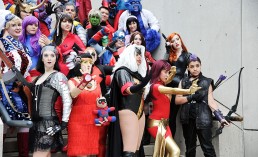 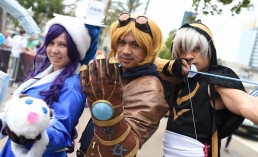