Ryan Phillippe posted a tweet denying that he is dating Katy Perry which results to puns between the actor and singer.

According to CNN, it all started when Phillippe tweeted to stop his house with choppers, in an effort to catch Perry there. This message from the actor tried to reveal straight forward about his rumored relationship with the "Roar" singer.

It was on Sunday when Phillippe tweeted a denial about the speculations that he is dating Perry. In all caps for emphasis; the actor posted a message stating that he is not dating the singer.

"I AM NOT DATING KATY PERRY. BARELY KNOW HER. PLEASE STOP FLYING HELICOPTERS OVER MY HOUSE. SHE IS NOT HERE. Thx," Phillippe posted on his Twitter account.

Nevertheless, there is a fan who answered on Phillippe's post stating "That's what some1 who has Katy Perry in his basement would say....." With this post from a supporter, Perry then tweeted in response to the actor's original post: "Can u let me out of this basement pls."

Phillippe responded to Perry's post by saying "Never." After the exchange of tweets, the singer ended their thread with an apology to the "Cruel Intentions" star for him getting held in the Hollywood dating rumor.

"Hi, nice to meet you, sorry bout that @RyanPhillippe carry on, lol," Perry posted on Twitter.

Moreover, New York Daily News has noted that Perry just laughed off these speculations that she is dating Phillippe. It can be remembered that these two had been linked after they showed up during Elton John's birthday party.

For reference, Phillippe has two children with his ex-wife Reese Witherspoon and his relationship with his fiancée Paulina Slagter ended in November. On the other hand, Perry parted ways with Orlando Bloom in February.

With Phillippe and Perry seems to make each other laugh, a news media outlet has concluded that these two has a hope to have romance after all. 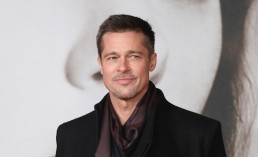 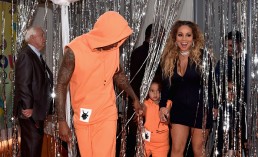 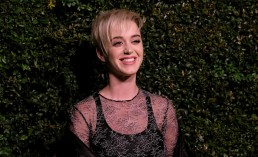