Jennifer Garner and Ben Affleck sure know how to co-parent.

Just months after the couple confirmed plans to divorce years after their separation, a report claims Garner and Affleck traveled to the Bahamas together.

According to a Us Weekly report on Wednesday, Garner was recently hired to speak to 160 executives from software company Fast Enterprises at the Atlantis Paradise Island resort in the Bahamas.

However, prior to doing so, she made a list of requests for her family.

As the magazine explained, Garner requested two adjoining suites for herself, Affleck, and their three children, Violet, 11, Seraphina, eight, and Samuel, five.

"Jen feels it is most beneficial for the kids to have their father present, a source told the magazine.

During their trip, Garner, Affleck and their kids reportedly enjoyed an infinity pool as well as several activities, including snorkeling, tubing and a Bahamian cooking class.

"It was a great opportunity to keep the norm going for the kids," said a source close to Affleck.

Meanwhile, the insider added, "Jen will always do whatever it takes to provide the best arrangements for them that she can."

Garner and Affleck first announced their split in 2015 after about 10 years of marriage.

"After much thought and careful consideration, we have made the difficult decision to divorce," they said in a statement to E! News. "We go forward with love and friendship for one another and a commitment to co-parenting our children whose privacy we ask to be respected during this difficult time."

Two years later, Affleck and Garner officially confirmed plans to move forward with their divorce as they remain dedicated to co-parenting their young children.

To find out more about Ben Affleck and Jennifer Garner's co-parenting, check out the actor's interview on The Ellen Degeneres Show below. 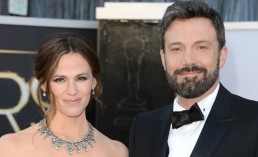 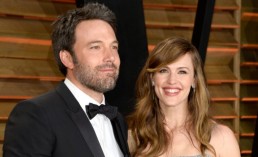