The US regulators just ordered the recall of Galaxy Note 4 refurbished batteries because of the risk of overheating which might cause burn or fire. Even if this is the case, reports claimed that this doesn't seem to be Samsung's fault.

According to The Verge, this may be bad news for the Galaxy Note 4 users, over 10,000 batteries for the said device are being recalled and this is entirely different from last year's Note 7 case. It can be recalled that the Note 7 affected every single device because of a design flaw. In this case with Note 4, the problem is far more limited and it's not actually the fault of the company.

The said recall will only cover those which were refurbished through the AT&T's insurance program and which were handled by the FedEx Supply Chain. It was then discovered that some of the refurbished Galaxy Note 4 devices were made up of counterfeit batteries and this made them overheat.

But the Galaxy Note 4 users should not worry too much since the batteries of this Samsung's device can be replaced. As this recall is not actually a big deal, the owners can just purchase new battery until the recall is dealt with. At the moment, FedEx is proving replacements along with boxes for the recalled phones.

With regards to the recall, Engadget reported that Samsung already issued a statement. The company blamed FedEx and one of its spokespersons said that reports should refrain from using the phrase "Galaxy Note 4 batteries" since they are not actually made by the company.

Samsung also added that the recall of the non-genuine Samsung batteries is being conducted and managed by FedEx Supply Chain and operated independently of the Korean-based company. When these affected units were delivered from December 2016 to April 2017, no problem or issue was reported even if the Galaxy Note 4 is already a 4-year old device.

With the issue on the batteries of Galaxy Note 4, so far, there's only one report of overheating and no damage to property or people due to this. Owners who are using this kind of batter were advised to stop utilizing this immediately. 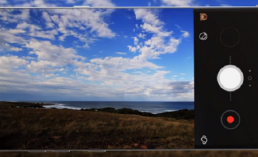 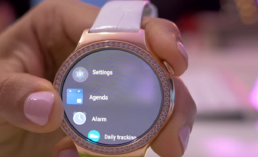