Only two months left before the embattled "Justice League" hits theaters, latest reports claimed that the said movie is undergoing reshoots. This latest development will eat so much time for the film's production and if not, "Wonder Woman" may be joining "Aquaman" instead.

According to Slash Film, the said reshoots or "Justice League" are said to be managed and overseen by Joss Whedon as the film is also undergoing mid-film pilot to Warner Bros. new optimistic mantra. With this, the fans just hoped that these reshoots were an indication of more action-packed film to come and not another burden or doom to its results.

Some reports were claiming that there will be more additions to the cast of this superheroes-packed film. It was then confirmed that MMA fighter Madeleine Vall Beijner was just one of the many athletes who was recruited to be part of Amazons who later populated Themyscira which is also known as the home of Diana or Wonder Woman, played by Gal Gadot.

Meanwhile, as the "Justice League" currently undergoes reshoots, it was also claimed that "Wonder Woman 2" is not yet in production since Patty Jenkins had a lengthy negotiation with Warner Bros. regarding directing the sequel. Beijner just announced on her Instagram account that she is going back to Italy to shoot some scenes in "Themiscyra" along with other "badass Amazon warriors."

It was also added by Movie and TV Corner that Diana's role will be increased in the said sequel with the inclusion of a flashback set on Themyscira. Moreover, it was also said that Antiope and Diana's aunt will be featured and this inclusion just supported that idea that most scenes will be filmed on Themyscira.

With the said flashback, it was claimed that this will feature the film's Big Bad Steppenwolf on Themyscira first and Beijner and Robin Wight will be forced to take part in a great battle of the Amazons against the Steppenwolf. This battle will then lead to Diana as she brings knowledge of the alien villain to the "Justice League" team. 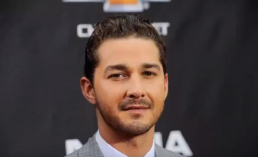 Shia LaBeouf Will No Longer Reprise His Role In ‘Indiana Jones 5': Reasons Revealed