After meeting on the set of The Last Song in 2009, Cyrus and Hemsworth became engaged. After parting ways briefly years ago, they confirmed their engagement was back on in 2016. However, is it possible that Cyrus and Hemsworth recently said “I do” in a small Malibu, California wedding ceremony?

“It was a very intimate ceremony at their house in Malibu,” a source told Australia's NW magazine, according to a report from Hollywood Life on Nov. 6.

Cyrus and Hemsworth's potential secret ceremony took place “six months ago” in late April, and only a handful of people, all of whom were in attendance, know about the reported affair. As for the future, Cyrus and Hemsworth are said to be determined to keep their marriage a secret and have no plans to publicly acknowledge their rumored wedding anytime soon.

While Cyrus and Hemsworth haven't said a thing about their alleged wedding, they reportedly fueled the rumors during an outing in Tybee Island in Georgia, where the couple appeared to be sporting two pieces of jewelry, which many believed to be wedding bands.

In 2012, two years after hitting it off while playing one another's love interest in The Last Song, Cyrus and Hemsworth became engaged. One year later, as Cyrus began exhibiting some seriously racy behavior, including her wild performance with Robin Thicke at the MTV Video Music Awards on August 2013, they called off their plans to wed and went their separate ways.

Although Cyrus spent months away from her romance with Hemsworth and they both dated other people, they ultimately made their way back to one another and in January 2015, Cyrus emerged with her engagement ring back on.

Earlier this year, during an interview with The Sun, via Hollywood Life, Cyrus addressed her thoughts on marriage and suggested that she and Hemsworth were nowhere near ready to tie the knot because they were too young to say "I do."

“I’m just riding this out,” she said months ago. “I don’t envision marriage. I’m 24. I hope I get to live a little bit more. I have too much living to do.”

To see more of Miley Cyrus, tune into new episodes of The Voice season 13 on Monday and Tuesday nights at 8 p.m. on NBC. 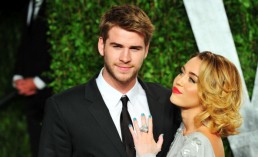 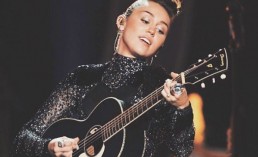 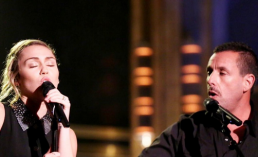