Well, the moment beauty lovers have been waiting for is finally happening. Kardashian and Dedivanovic will be officially releasing a KKW Beauty collaboration together.

On Thursday, fans of the contour queen were so excited to find out that the two would be joining forces to launch a new product. The photo was posted in black and white to avoid revealing the colors.

However, an eyeshadow palette could be seen in the photo. The ten pan palette appears to feature two metallic colors while the rest seem to be matte.

"After 10 years of working together, my collab with @MakeupByMario will be launching and we can't wait to share it with you! #KKWxMARIO," the reality star wrote.

Fans of the Keeping Up With the Kardashians star anticipated the official launch of the beauty brand back in June 2017. It was when Kardashian launched her first line of contour sticks, which also included a makeup brush. Kardashian followed up the launch by releasing powder contour kits.

Of course, both kits sold out on the release day. Luckily, Kardashian has continuously restocked the items.

Although this is Dedivanovic first collab with Kim, this isn't his first makeup collab. Dedivanovic, who is known by his Instagram name MakeupByMario, released his very own palette with the beauty brand, Anastasia Beverly Hills, in September 2016. The eyeshadow kit was Kim-K and immediately sold out.

However, the beauty duo gifted the palette to attendees at their Master Class in Dubai in October 2017. The beauty duo has hosted several Master Classes together where Dedivanovic shares Kim's contouring secrets.

While the two have managed to build a beauty foundation, Dedivanovic did not get his start with Kardashian. The makeup guru actually started as a freelancer for Fox News in 2008 where he would get news anchors camera-ready.

Shortly after, Dedivanovic was the makeup artist for a magazine shoot with Kim.

"She walked in and I remember thinking, oh my God, she's the most beautiful girl ever," Dedivanovic said.

He also stated that Kardashian asked him to take her to buy everything he used to do her makeup and the rest is history.

While the KKW Beauty contour kits were a success, fans and beauty lovers didn't know what the beauty mogul would release next.

However, in November 2017, the soon-to-be mother of three teased her Instagram followers with several photos of herself completely covered in glitter.

On Dec. 1, 2017, she released her first highlighter and lip gloss combo. The launch included five highlighters and five glosses, which magazines assumed represented herself and her four sisters. The set of highlighters and glosses feature an Opalescent Pearl, Rose Gold, Yellow Gold, Copper, and Bronze.

A release date for the new KKW Beauty x Mario collab has not been confirmed as of yet. 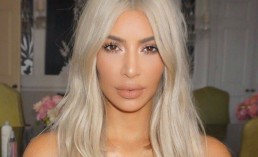 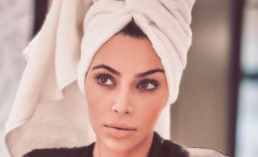 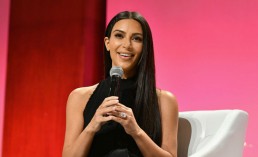