If anyone ever wanted to know Megyn Kelly's secret to staying in shape while in law school, it was being fat-shamed.

During an interview with fit mom blogger Maria Kang, best known for her "No Excuses" campaign, Kelly made a controversial comment that women did not approve of. The journalist simply implied that some women want to be fat-shamed.

"When I was in law school, I was gaining weight. I said to my stepfather, If you see going into that kitchen one more time, you say, "Where are you going, fat ass?" And it works!" the NBC personality said.

Kang, as well as the audience, laughed it off. However, the TV show host immediately received backlash for her fat-shaming comment.

Twitter users immediately called Kelly out for the cringe-worthy statement and pointed out that she continues to put her foot in her mouth.

I'd like for someone to tell me why Fat Shaming is ok! "Some of us want to be shamed" - Megyn Kelly. Really because I know a lot of people who would say otherwise! It's bullying and is NOT OK! It a form of abuse. People like this is part the reason for body image issues!

@megynkelly If you can't be a role model for all the girls out there at least be one for your own daughter! Fat-shaming alienates and sabotages relationships! And makes women second guess their worth! Wise up! #MegynTODAY #megynkelly — Jen Westphal (@JennniferWest) January 11, 2018

A culture of fat-shaming sure helped me lose weight, @megynkelly! I got down to 88 lbs and was nearly hospitalized in my 20s! Thoughtless comments like this are incredibly, incredibly damaging. Do better, for your daughter’s sake. https://t.co/EKIjkCUOfA — Jenn Hoppe (@beanthere) January 11, 2018

Meghan McCain, one of the co-hosts of The View, also took to Twitter to express her thoughts on Kelly's harsh comment.

"I was publicly fat shammed early on in my career and it sent me to therapy. Trust me, there are real-life ramifications for fat shaming of any kind, it is NEVER acceptable. We should be fostering a healthy culture that celebrates all women of all sizes," McCain tweeted.

On Friday, a day after Kelly made her "unforgivable" statement, the commentator spoke about her weight issues. She stated that she would never encourage body shaming to anyone.

Kelly revealed that her family has struggled with obesity. She further shared that her sister gained over 300 pounds, which led her wanting to have gastric bypass surgery.

The former defense attorney went on to reveal that her mother has been fat-shamed and it made her realize that this country brutally judges heavy people. Although Kelly has apologized, Twitter isn't buying it. Some believe she is a bully and doesn't deserve a televised platform. 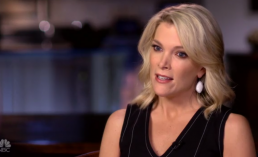 Megyn Kelly Interview With Conspiracy Theorist Alex Jones: Should It Be Pulled Or Aired? [VIDEO] 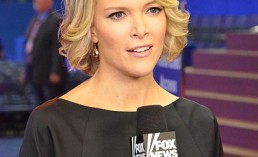 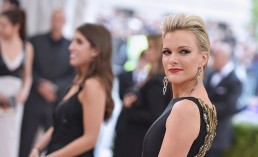