Khloe Kardashian may be the youngest member of the Kardashian girls, but that doesn't mean she won't step in to defend her sisters.

On Monday, Jan. 29, Kim Kardashian broke the internet again. The Keeping Up With the Kardashians star took to her Instagram to share a few Polaroid pictures from a photoshoot she did, paying homage to Bo Derek's look from the movie 10.

The mother of now three immediately received backlash for her new braided hairstyle, with social media users accusing her of cultural appropriation.

Kim's followers who were upset with her new-do assumed she was crediting a white woman for the look when the braids are a traditional African style most commonly referred to as cornrows or Fulani braids.

However, Kim's followers weren't the only ones who didn't approve of the new look. It was only a matter of time before celebrities chimed in to share their thoughts.

Lindsay Lohan was one of the first celebrities to weigh in on the makeup mogul's new hairstyle. When Perez Hilton shared a Snapchat video of Kardashian with the "Bo Derek" braids, Lohan commented, "I am confused."

As many may know, Kim never bites her tongue. Kim wasted no time shading Lohan for the remark about her hair.

Lohan's comment didn't stop the reality star from continuing to post her risqué pictures. She even threw some shade by captioning one of the photos, 'Hi, can I get zero fucks please, thanks."

This isn't the first savage-like remark that Kim has made. Recently, she clapped back at Khloe's ex-husband, Lamar Odom, for his comments about Khloe in an interview.

Khloe never commented on her sister's response, but Chrissy Teigen took to Twitter to respond to the shady tweet.

Khloe To The Rescue

Although Kim was criticized about her braids and her racy photos, this time Khloe did what any sister would do and defended Kim.

The first-time mom took to Twitter to praise Kim for her confidence and to compliment her look.

I am squealing like a little pig looking at all of Kimberly's Instagram's from the day! Oh my God is she not sooooooo on fire right now? FEELING THE FANTASY

Between her pictures and her clap backs.... I'm just living for it all. Confidence looks great on you Keeks — Khloé (@khloekardashian) January 30, 2018 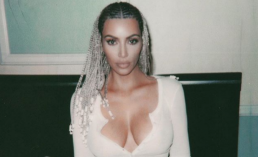 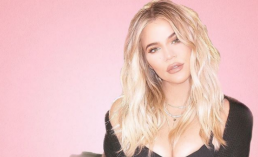 Khloe Kardashian Reveals The Month She Will Give Birth 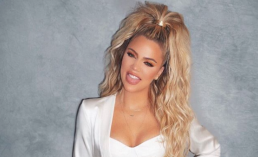