Disney removed Noelle, a holiday film starring Anna Kendrick, from its theater release schedule in November. Instead, the film will debut on Disney's streaming platform.

Disney removed the fantasy adventure comedy out of its scheduled release on Nov. 8, 2019 and set it as a streaming movie instead. However, the studio has yet to reveal when the film is available to watch on its streaming app. It is likely that Noelle, initially titled Nicole, will debut with the app's launch in 2019. Given that the film centers on the spirit of Christmas, it is likely that it will become available in December or a month earlier.

Noelle follows Kendrick, as the titular character, who takes over the family business after her father retires and her brother shows reluctance to take over. However, it is not an ordinary business. Noelle happens to be the daughter of Santa Claus whose job involves spreading holiday cheer to people around the globe.

Fortunately, Noelle has her childhood nanny Elf Polly, played by Shirley MacLaine, to help her save Christmas and her family from falling apart. Other cast members in the film include Bill Hader (Trainwreck), who portrays Kendrick's brother, Julie Hagerty (She's the Man) as Mrs. Claus, Michael Gross (Tremors) as Elder Elf, and young actor Maceo Smedley (Cloak & Dagger) as Alex. Comedian and Parks and Recreation actor Billy Eichner also stars in the movie for an unspecified role.

Filming for Noelle began in late October 2017 in Vancouver and later moved to Whistler Olympic Park in early January. The production ended on Jan. 19.

Marc Lawrence (Miss Congeniality, Music and Lyrics) wrote the screenplay and directed the film under the production of Suzanne Todd (Alice Through the Looking Glass). Louie Provost oversees the film for Disney.

The removal of Noelle from Disney's calendar of theater releases in 2019 is part of the studio's large reshuffling of upcoming films in the next four years. Disney announced its plan to release four to five original movies every year on its streaming platform, not including the big-budget Star Wars films and Avengers installments. The studio aims to rival Netflix with the release of its streaming app for a still-undetermined fee.

Aside from Kendrick's Noelle, the studio also moved the live-movie adaptation of Mulan for a later date. It now has a March 2020 release date instead of its original November 2018 premiere date. 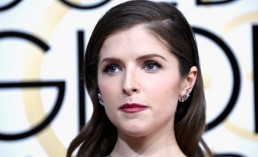 'Pitch Perfect 3' Star Anna Kendrick Did Not Foresee A Threequel 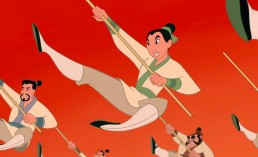 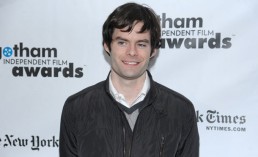