Jenelle Evans's husband, David Eason, was fired from his position on Teen Mom 2 last month, and now fans are wondering if she will soon follow.

Although the MTV Network has remained mum on the ongoing rumors regarding the potential firing of the mother of three, a new report claims Evans recently hinted at the possibility on her Twitter page when she mysteriously tweeted and deleted a post regarding her children's time on television.

After announcing her daughter Ensley, whom she shares with husband David, would not be featured on any further seasons of Teen Mom 2, The Hollywood Gossip revealed that Evans had also shared a post that suggested her son Kaiser, whom she shares with ex-fiancé Nathan Griffith, would also not be appearing on the show any longer.

Is Jenelle Evans Planning To Keep All Her Children Off 'Teen Mom 2'?

Evans then posted another message about her oldest son Jace.

After Evans revealed her daughter wouldn't be featured on the show, many of her fans and followers weighed in on her decision, and the majority of commenters felt Evans was forced to take her daughter off-camera by her husband.

The Hollywood Gossip report went on to reveal that there have been rumors claiming that even if MTV fails to fire Evans, her film crew could refuse to work with her. However, that claim, as well as many others, have yet to be solidified.

David Eason Was Fired By MTV After A Homophobic Rant

MTV confirmed they were firing Eason on Twitter in February after seeing that he had posted a homophobic rant to one of his followers.

Official statement from @MTVPress: David Eason’s personal comments do not reflect the views of MTV. With six weeks left of production on ‘Teen Mom 2,’ effective immediately, we are ending our relationship with him. — MTV (@MTV) February 21, 2018

Before Eason's firing was confirmed by the network, he was tied to controversy after sharing an image of Evans holding a large gun on social media just hours after the latest school shooting in Florida. Since then, Eason has shared a number of shocking photos online, including images of both Kaiser and Ensley holding toy guns.

Jenelle Evans and her costars are expected to be seen in the upcoming season of Teen Mom 2 later this year. No word yet on whether Eason's role will be cut short or if it will be completely cut out of the new season. 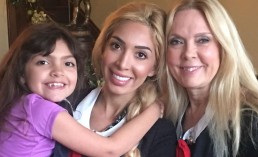 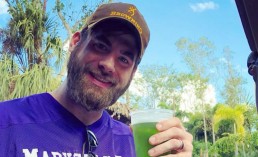