Sarah Hyland is expressing her frustrations over doctors who seemed to not lend an ear when it comes to what she has to say of her health.

The Modern Family star gave her fans a glimpse of how she was on Wednesday, March 21, when she tweeted something that was probably about her experience when going to the doctor. Apparently, Hyland was irked with "doctors not listening" to her pain.

The 27-year-old asked her 1.6 million followers if they had the same experience as hers. She further said, "If so, how do you not tear their heads off with your bare hands?"

Even though she added a smiley face at the end of her tweet, it was pretty easy to sense that Hyland is somewhat pissed off. She had been open about her struggles in regard to her health for the past years, though the recent incident with her doctors had not been given much light on.

However, of late, she shared on her Instagram a photo that had a bouquet of flowers from Wells Adams, her boyfriend. Hyland then somewhat hinted she will be in taking it easy for six to eight weeks. It is still unclear whether this has connection with her latest update.

Hyland's statement is one of the unnoticed and neglected issues nowadays. Where the actress is coming from is no stranger to anyone who went to a doctor only for their pain to be brushed off.

Of her question to her fans, of course Hyland received a lot of answers, sentiments rather, that seemed to echo her experience. One user narrated she had the same thing with the actress, sharing that she had been complaining of pain since 9, though she was only diagnosed after 16 years.

Another one answered Hyland's rhetorical question by giving advice to her. @MoChamberlain advised her to just leave that doctor and said nobody knows one's body than one's self.

Fans were also worried sick when Hyland missed last year's SAG Awards. After months, she finally gave them an update on her health, and further asked them to give her some privacy during the time.

"There's no need to worry. I've been down before and I'll probably be down again in my lifetime but I'm steadfast and solid and will conquer my obstacles," she wrote.

Meanwhile, it should be noted that Hyland had a kidney transplant in 2012. She revealed at the time that she had been suffering from kidney dysplasia, and has since been open about its effect on her. The donor was her father, Edward. 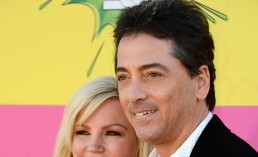 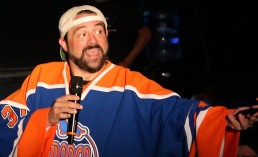 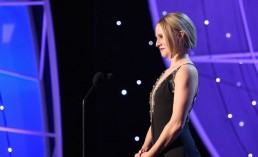