Rihanna has been killing the beauty game ever since she first launched Fenty Beauty back in September 2017. It looks like the brand continues to grow as she surprised her fans with new products earlier this week.

Rihanna Wants Her Fans To Glow Up

On Monday, March 26, the "Work" singer took to Instagram to promote her latest Fenty Beauty items, and fans were immediately freaked out.

The R & B songstress first shared the goodies on her Instagram stories as she posted a photo of two products, which she later revealed was her Body Lava, which are shimmery liquid body luminizers.

Although fans were shocked to know that the Grammy-winning singer would be releasing new products, they seemed to be mesmerized with a video that Riri posted of herself as she applied the Body Lava on herself.

In the video, the "Love on the Brain" singer could be seen applying one of the luminizers on her body with a kabuki brush as she seductively looks into the camera and smiles.

Along with the two Body Lava luminizers, the brand shared another video of the bad gal as she showed off another glittery highlighter called the Fairy Bomb, which will also be featured in the new collection.

"Wake and bake the @badgalriri way! Get ready to puff puff pass with #FAIRYBOMB | Lip: #MATCHSTIX in #SINAMON + #GLOSSBOMB," the brand wrote.

Wake and bake the @badgalriri way! Get ready to puff puff pass with #FAIRYBOMB | Lip: #MATCHSTIX in #SINAMON + #GLOSSBOMB A post shared by  FENTY BEAUTY BY RIHANNA (@fentybeauty) on Mar 27, 2018 at 8:01am PDT

The glistening luminizers and the Fairy Bomb are set to launch on Friday, April 6, and will be available to purchase at Sephora stores, Harvey Nichols, and Sephora stories in JC Penney.

Recently, Fenty Beauty proved why it's one of the biggest beauty brands out right now.

Earlier this week, a woman tweeted that her Fenty Beauty products along with other makeup items were stolen from her hotel room.

Last night in NZ, got back to the hotel after a day trip and found absolutely nothing in my room. Some bastard stole everthing I got. I hate people so much. I lived out of my bag for 2years and now everything’s gone. Fml. — Chiara(@OnlyIfForRih) March 25, 2018

The fan's tweet ended up going viral and was noticed by Fenty Beauty, which caused them to replace all her stolen items and gift her other goodies. 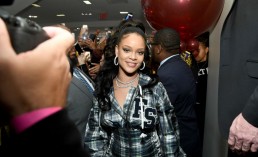 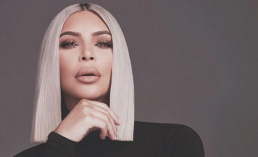 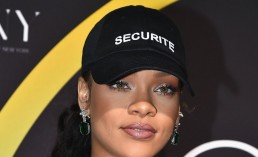