Fans may remember that Dwayne "The Rock" Johnson made some unflattering remarks about a male co-star in 2017, but never mentioned which actor he was referring to. Many people assumed he was referring to Vin Diesel, and it turns out they are right.

Johnson has now confessed there was some 'bad blood' between him and Diesel and shared what led to the unfortunate disagreement.

The Jumanji star commented on the situation during an interview with Rolling Stone, where he admitted that there were issues between him and Diesel. Johnson also said he didn't film any scenes with Diesel for the Fast 8 film.

The problem between both of the two actors stemmed from differences in their opinions when it comes to collaborating and making movies.

"Vin and I had a few discussions, including an important face-to-face in my trailer. And what I came to realize is that we have a fundamental difference in philosophies on how we approach movie-making and collaborating. It took me some time, but I'm grateful for that clarity. Whether we work together again or not," Johnson stated.

After Johnson stated that he might not work with Diesel again, Rolling Stone asked him to clarify if he would be appearing in the ninth installment of the Fast and Furious franchise.

"I'm not quite sure...Right now I'm concentrating on making the spinoff [Hobbs and Shaw, co-starring with Jason Statham] as good as it can be...But I wish him all the best, and I harbor no ill will there, just because of the clarity we have...Actually, you can erase that last part about 'no ill will.' We'll just keep it with the clarity," he continued.

The Rock vs. The 'Fast' Franchise

It doesn't look like Johnson will be reprising his role in the next Fast and Furious film, but only time will tell.

The actor was also involved in another "feud" with Tyrese Gibson, who portrays Roman Pierce in the film series. Gibson called Johnson out and accused the former pro wrestler of "breaking up" the "Fast family" when he took the deal to do the Hobbs and Shaw spinoff. The singer consistently harassed Johnson until Johnson's rep spoke to Gibson about the feud and it was allegedly put to rest.

Ironically enough, Disesel, who portrays Dominic Toretto, spoke on behalf of Johnson and addressed the feud between Gibson and The Rock by claiming that no one was at fault for the spinoff. 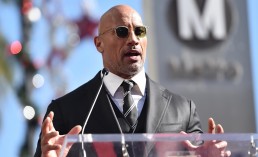 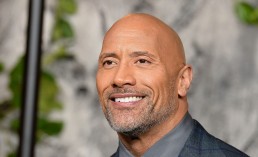