Before Cardi B became one of the first women to have five Top 10 singles simultaneously on the Billboard charts, she was just a girl from the Bronx wanting to get cosmetic surgery and be around a group of people she could relate to.

In the May issue of GQ Magazine, the breakout rapper recalled her decision to get butt injections at the mere age of 21. The "Be Careful" rapper told the magazine that she went to a basement apartment in Queens, New York, and paid $800 for a woman to inject her bum with fillers.

Cardi further revealed that the woman didn't numb her body prior to the procedure and it was the worst pain she's ever felt.

"It was the craziest pain ever. I felt like I was gonna pass out. I felt a little dizzy. And it leaks for, like, five days," the 25-year-old musician explained.

As for the reason behind her alteration, the Love & Hip Hop alum claimed that her boyfriend at the time cheated on her with a woman who had a bigger butt, which made her consider the injections.

Cardi Doesn't Advise Her Fans To Join A Gang

Opening up about her rear end wasn't the only thing she did as the mother-to-be also explained that she was once in a gang but eventually decided to leave after she realized the lifestyle that came with it.

Cardi stated that once she started stripping, she was too focused on making money to be bothered with the Bloods, the gang she decided to join. The "Motorsport" artist further elaborated that she realized there is no loyalty in a gang and she wouldn't recommend that her fans follow in her footsteps.

"And then you can never leave it. Sometimes these people are gonna expect you to be at meetings when you have a job. You gotta be at work til 9:30 p.m., and you cannot go to a powwow because you at work. How you tell that to people?" Cardi said.

Now the "Bodak Yellow" rapper has completely turned her life around. Fans of the songwriter know that she has confirmed that she is expecting her first child with her fiancé, Migos member Offset.

Since disclosing that she is with child, the media personality has received an outpouring of love and support from several celebrities.

Rihanna and 50 Cent were among the celebrities to congratulate Cardi on her pregnancy as well as the success of her debut album, Invasion of Privacy.

Rihanna posted a photo of the breakout star from her Saturday Night Live performance on her Instagram stories.

"This is some fly s-, from the bottom to the top. (Only Hip Hop) congratulations Cardi B & Offset," the Power star captioned the photo. 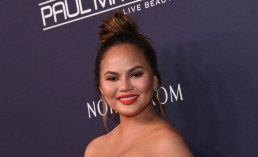 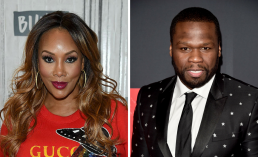 Does Vivica Fox Regret 50 Cent Breakup? 'He Was The One That Got Away'