Television star Emma Kenney is promising to set her life back on track, after indulging in the darker side of child stardom in Hollywood.

The actress, who has been acting since she was 10 and currently stars in both Roseanne and Shameless, opens up about dealing with stress in Hollywood, getting into trouble, and seeking treatment away from the spotlight.

Kenney, 18, tells In Touch Weekly that she plans to get treatment for her battles. While she didn't specify the type of treatment and battles, the actress is clear about getting help and making better choices for her life.

It turns out the past few months have been stressful for the young starlet. With two shows up and running in the small screen, it's been proving to be a bit too much for her.

"I was running with a really fast crowd," Kenney admits. "I was being naive and very immature, and I was doing things I should not be doing because it was illegal and I'm not 21."

She goes on to say that when she's stressed, she'd indulge in a wild night out in bars and clubs around Los Angeles with an older crowd.

Fortunately, the Roseanne star has realized that she doesn't want to spiral down the same way so many other child stars have done.

"It wasn't healthy, and it was making me feel even worse - anxious and depressed," the actress continues. "It was just a slippery slope that I did not want to go down. And I knew that I needed to stop it."

Kenney Steps Away From Hollywood

What she needs to focus on, Kenney adds, is to find other methods of coping with boredom and stress. Her family and friends are wholly supportive of her journey to wellness.

"I just think I need a mental sanity break and a break from the Hollywood scene," she admits.

Part of the reason why Kenney wants to go public with her personal journey is to tell her fans that seeking out help doesn't mean weakness. The actress is convinced that she's on the right path, determined to get better and return to being the "true Emma" she has always been.

It seems as if the television star is starting her road to change by stepping away from the public eye. In a tweet posted on Monday, April 9, Kenney reveals that she's leaving social media and Los Angeles for a while to focus on her treatment.

hello & goodbye (for a bit) ive decided to take a break from social media and LA for a minute. this sounds so cliche but this town/industry can really get to you. going to re-find my peace happiness xo emma pic.twitter.com/6OWCDNrAW0 — Emma Kenney (@EmmaRoseKenney) April 9, 2018

Kenney will be back in the next seasons of Shameless and Roseanne. 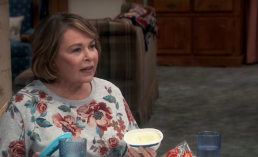 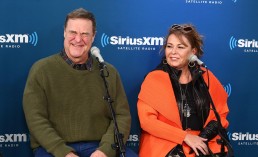 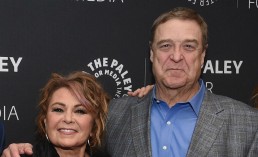 New 'Roseanne' Episode To Address Aging In The Most Hilarious Way