After several videos surfaced suggesting Tristan Thompson was being disloyal to Khloe Kardashian just days before she gave birth to their daughter, multiple celebrities have shared their thoughts on the incident.

From Woman To Woman

This time, Grammy-nominated rapper Cardi B is weighing in on the athlete's cheating scandal and has a few words of wisdom for Khloe Kardashian, and unlike the other celebrities, the 25-year-old chart-topping artist can actually speak from experience.

The "Bodak Yellow" rapper has also dealt with cheating rumors after video emerged of a man who appeared to be Cardi's fiancé, Migos member Offset. Then in December 2017, a woman named Celina Powell claimed that she was definitely pregnant with Offset's child, but Offset continuously denied the rumors.

While appearing on Big Boy's Neighborhood radio show, Cardi was asked if she had any advice to offer the Keeping Up With the Kardashians star since news broke about Thompson's infidelity.

The "Motorsport" artist stated that she would tell her to do what her heart feels is right.

When it comes to her relationship, Cardi revealed that she had Offset decided to fight for their love and those close to her also encouraged her to do so.

"My dad drives me around and everything, and he saw the whole thing when I was sad and everything and he said, 'I really think you two should work it out,'" the musician said.

It looks like it was a good thing that Cardi and Offset decided to make things work as they are expecting their first child together. The "Be Careful" rapper confirmed the rumors that she was with child while performing on Saturday Night Live earlier this month.

As for Khloe Kardashian she welcomed her baby girl on Thursday, April 12, just days after news broke that Thompson was being unfaithful. However, the Cleveland Cavaliers player was still present for his daughter's birth and has reportedly been putting in double-time to get back into the reality star's good graces. 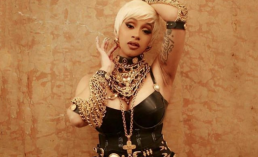 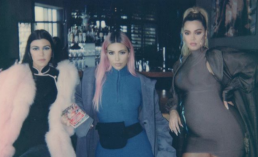