Tamar Braxton has defended her estranged husband Vincent Herbert amid accusations against him. Reports said security had to escort Herbert out of Braxton’s home.

Tamar Shares Her Side

Braxton and Herbert have been living in separate homes after Braxton filed for divorce from Herbert back in October. While the two reportedly are trying to work things out, the idea of Herbert and Braxton nearing a possible reconciliation seemed to be unlikely after reports swirled that Herbert was booted from Braxton’s home earlier this week.

In a post that has since been deleted, Braxton shut down reports of an altercation between her and Herbert. She called out blogs that reported the news and said the media should consider that Herbert and Braxton are “real people,” who are also parents to a son, Logan, 4. She added blogs should not have reported the alleged incident without any proof of what really happened.

Braxton went on to spill her own version of the incident. She said security in her building allowed Herbert to enter her home. She added she was startled that anyone would be in her home without her permission.

She made it clear that it wasn’t a dig against Herbert, but that anyone would be scared to come out of the shower and find an unexpected guest in their home. She continued and said she was drunk during the incident after enjoying a handful of margaritas.

“Sometimes u end up with other peoples things in your purse… like a phone to go through,” wrote Braxton.

She added that she was with her friend and Tamar & Vince co-star, James Wright Chanel. She reiterated that no one was taken off of her property.

Braxton’s social media rant came after rumors swirled this week that Herbert was not allowed to go back into Braxton’s home following the alleged incident. The two reportedly got into a screaming match that caused a major disruption, so security was said to have taken him out of the building. The reports didn’t specify what Braxton and Herbert were possibly arguing about.

While police weren't called to the home, reports said Herbert was told authorities would be contacted if he returned.

Herbert and Braxton have been in headlines since news of their divorce last year. It might be safe to say they are working to be a united front amid the drama. 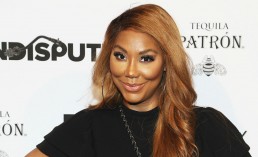 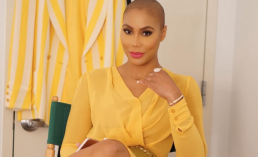 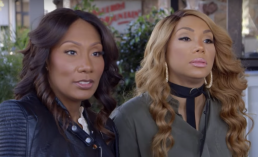