Scarlett Johansson is officially off the market. She and comedian Colin Jost made their relationship red carpet official at the Avengers: Infinity War premiere.

A Proud And Supportive Couple

The two have been rumored to be a couple for months after they showed up at several events together. However, this is the first time they've walked the red carpet together. It also happens to be the biggest night of Johansson's year thus far.

On Monday night, the couple graced the Hollywood premiere of Johansson's upcoming superhero team-up movie Avengers: Infinity War. The actress, who plays Black Widow in the Marvel Cinematic Universe, told reporters how excited she was to have her new man by her side.

"It was alright. It was not bad, you know -- get some laughs in and enjoy it. I'm just excited to share this experience with him because I'm so excited to see the film. I haven't seen it before!" she joked.

Johansson and Jost, a long-time writer for Saturday Night Live, were first linked back in May 2017 when the actress guested on the sketch show. They were at Dave Chappelle's birthday party in New York the following August.

Their first public appearance together came in November, at the Museum of Natural History Gala, also in New York. They didn't hit the red carpet for that particular event, however.

The couple looked incredibly happy posing for photographers at the premiere, smiling at each other and holding hands. Johansson wore an embroidered metallic dress with a black belt for the event, while Jost wore a classic black tuxedo.

The 33-year-old actress also appeared on The Ellen DeGeneres Show where the host expressed her glee over Johansson's new love.

The two joked around about the actress dumping Jost after DeGeneres revealed an old photo of him with a full beard. Given the couple's loved-up appearance on the Infinity War premiere, a split seems unlikely to happen in the foreseeable future.

On the possibility of a standalone Black Widow film, which fans have been demanding for so long, Johansson told DeGeneres that she believes it's finally time.

"I think if anybody could make it happen, my boss, Kevin Feige could. I think it could be something really special. There's definitely a lot of room there," she enthused. 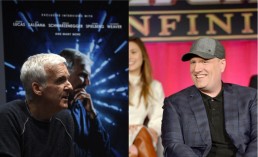 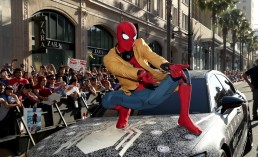 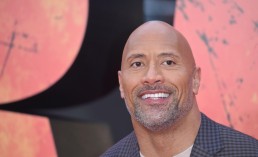