Cardi B finally admits that she and boyfriend Offset are having a baby girl after, er, accidentally, dropping hints prior to this revelation.

As a sign of confirmation, Cardi B finally lets the cat out of the bag as she revealed the gender of her and Offset's impending bundle of joy. When asked by host Howard Stern on his show about the gender of the baby, without hesitation, she immediately answered.

This was after she kept, or maybe accidentally, dropping hints, which fans easily picked up and made them declare she was having a girl. For instance, her interview with the New York Times about her Met Gala dress was already a dead giveaway that she's expecting a baby girl after Cardi B used the pronoun "she" while talking about her pregnancy.

"She do. She do weigh three and a half pounds," Cardi B then said about the weight she is now carrying.

OK, if fans might think that it was just a miss on Cardi B's part on pronouns, her interview wasn't the only time she revealed it was a baby girl. In another interview with the Entertainment Tonight, she also used "she" when she said, "She wants to fight me," when her baby was kicking.

Slips of the tongue? Well, it seemed and eagle-eyed fans are neither deaf nor dumb not to notice her use of the "she" pronoun consistently. However, what ultimately sealed the deal, apart from Cardi B's interview with Stern, was her recent Instagram post.

The composite photo showed Cardi B during the 2018 Met Gala and beside it is an adorable little girl who posed just like her and tried copying her whole outfit, complete with the head dress.

But before all these, Cardi B's sister, Hennessy Carolina, may have revealed that the "Bodak Yellow" rapper is having a baby girl. In her Instagram post, she referred to the baby as a "her," and as much as she immediately took down the post, many have seen it already and have used it as proof of the baby's gender.

Well, every accidental use of pronoun turned out to be really helpful in guessing the gender of Cardi B's baby. Now that it is official that a baby girl is on the way, talks about a name should be opened.

While she revealed the gender of the baby, Cardi B still wouldn't budge when it comes to the name of her girl. Just like when she was asked by Ellen DeGeneres during her guest stint, she said she would leave it up to Offset as he was the one who chose the name. 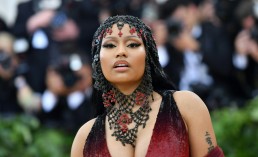 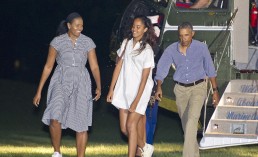 Check Out Sasha Obama Hanging Out With Cardi B, Offset Backstage At Broccoli City Festival 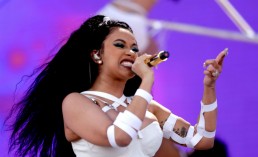