You Don't Want To Mess With Her

The 46-year-old Bravo celebrity turned up at the NPC South Jersey Bodybuilding Championships Saturday and managed to walk away with third place. Giudice showed off her ripped and toned physique in a teeny bikini for the competition.

The Real Housewives of New Jersey star has been keeping fans up-to-date with her hardcore workout regime ever since she emerged from prison a couple years back with a noticeably fitter body.

Giudice has, however, kept quiet about competing in the contest, even keeping it off social media. Fans, however, were quick to rush online and congratulate her for doing so well, flooding Twitter with positive comments.

"OK now you REALLY wouldn't want to get in a fight with Teresa Giudice," wrote another.

There was even a suggestion that Real Housewives of Orange County star Tamra Judge, who has been competing in bodybuilding contests herself over the past few years, should face off against Giudice.

Saturday's contest was reportedly filmed for an upcoming episode of New Jersey. Cast members, including Melissa and Joe Gorga as well as Dolores and Frank Catania, were spotted cheering Giudice on from the crowd.

The Importance Of Keeping Fit

Giudice hasn't actually posted anything workout-related since the end of last month when she gave followers a glimpse at a shoulder workout. The previous day, she shared a video of her doing weighted squats while earlier in the week, she posted footage of her working on a curl machine.

The reality TV star is also a lifelong yoga enthusiast. Back in 2016, she told Women's Health that the ancient workout practice helped her cope during her 11-month prison stint.

Giudice even expressed a desire to become a certified yoga teacher at the time.

"I love it so much that I want to get certified in it. I have a few more months to go. I'm just taking my time ... It's a lot, but I'm definitely going to complete it," she advised.

Real Housewives star Giudice was impressed with the flexibility that yoga gave her, admitting she'd never been flexible before.

Her husband, meanwhile, has been getting into shape in prison, too, reportedly shedding 45 pounds. Joe Giudice is currently serving a 41-month sentence for mail, wire, and bankruptcy fraud. 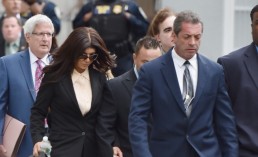 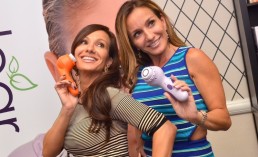 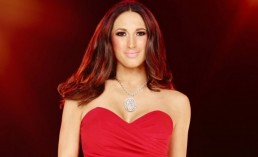