Downton Abbey fans rejoice, as the series is set to hit the big screen. A film adaptation is coming, with most of the key cast.

Taking It To Theaters

Downton Abbey ran for six successful seasons, and speculation has been rife for months that it would soon head to theaters as a feature-length movie.

Now, it seems the green light has been given for the project to begin filming later this summer, with most of the key cast scheduled to appear, and a 2019 release date in mind.

Plot details are being kept under wraps for the moment, but the script has been written by show creator Julian Fellowes, while frequent series director Brian Percival is taking the reins. Focus Features and Carnival Films will produce, with Universal Pictures handling the distribution.

Downton Abbey ended in March 2016 following 52 episodes. It focused on the dramatic lives of the aristocratic Crawley family, and the servants working for them, at their Edwardian English country mansion around the turn of the 20th century.

The movie is expected to pick up right where the last season of the show finished up.

Getting The Band Back Together

Star Michelle Dockery gushed on Instagram about the good news.

"The secret's out...Thrilled to announce that Downton Abbey is coming to the big screen," she wrote.

Dockery is expected to return alongside Joanne Froggatt as Anna Bates, and Elizabeth McGovern as Lady Cora Crawley.

The show ran on PBS in the U.S. and ITV in the U.K. It was one of the most nominated non-American TV series in Emmys history, winning 15 prizes from 69 total nominations. It also won three Golden Globes, as well as a Bafta in the U.K. Producer Gareth Neame released a statement in relation to the movie.

"We aim to deliver everything that one would hope for as Downton comes to the big screen," he said in part.

The news was also confirmed via the show's official Twitter page. Froggatt herself took to Twitter to post a pic of she and Dockery, alongside Dame Maggie Smith, who played dowager Violet Crawley, with another celebratory message.

However, fans expecting to see Lily James reprising her role as Lady Rose MacClare will be disappointed to learn she won't be taking part in the project.

Her character left to go to New York at the end of the series, and James reckons it wouldn't make sense to bring her back.

"I would have loved to come back for a scene, but for a movie it can't be like a Christmas special and it needs to be a focused storyline. There was no space for Rose," she confirmed to PEOPLE.

The Mamma Mia: Here We Go Again star told the publication she's just as excited as everyone else for the movie, however, and will sit front row once it hits theaters.

She's had a massive career following the show, most recently appearing in Baby Driver opposite Ansel Elgort, while her on-screen partner Dan Stevens played The Beast in Disney's live-action Beauty and the Beast opposite Emma Watson. 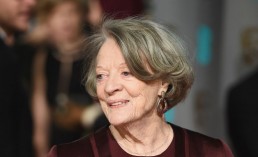 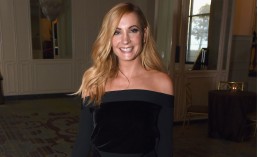 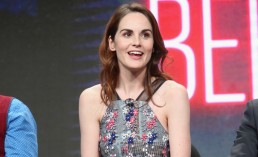