More rumors have circulated over the possibility of a Downton Abbey movie.

Michelle Dockery, who played Lady Mary on the series, dished to The Telegraph in Sunday's report that a film based on the British drama could potentially happen in the future.

"I think there is potential for a film," Dockery said. "That is something I would wholeheartedly consider, so we will see. It may not be over yet."

The actress then revealed one thing about the series that can make her a little emotional.

"The thing that I miss the most are my cast members," Dockery said. "But we are still very close."

The series turned Dockery into a smash icon, something that took a while for her to adapt to.

"I'm no longer anonymous, but it comes with the territory," she said. "Downton Abbey was something that surprised us all and was a huge springboard into America for many of us, which has obviously led to opportunities like this."

Dockery is moving into the new TNT series Good Behavior, something she's extremely grateful to be a part of.

"It was very fortunate for me that this came along at the right time," she said. "It wasn't a conscious decision to do something so totally different from Lady Mary, but I was completely hooked on the script from the first page and I loved the complexity of the character."

"Downton Abbey was an incredible journey for six years and we were very sad to say goodbye, but it was the right time and it was very exciting actually leaving and going on to something like this and a whole new path in my career," she added.

Stay tuned with Enstars for new updates on the possible Downton Abbey movie. 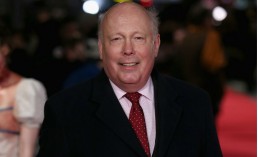 'Downton Abbey' Movie News: Series Creator Has 'Hope' For Film, 'I Think It Would Be Fun' [VIDEO] 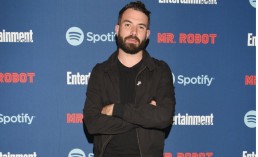 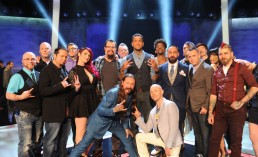