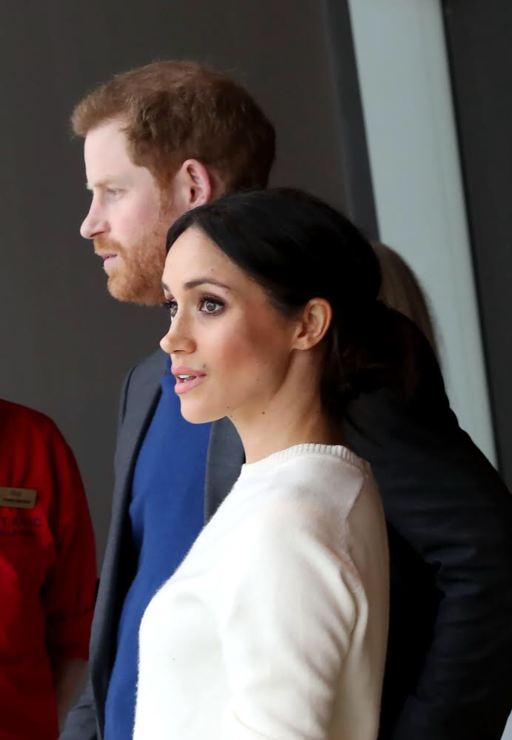 Meghan Markle is a headstrong and ambitious woman. She knows what she wants and is set out to do it no matter what it takes.

On the contrary, Prince Harry aspires to lead a normal life. However, he is vulnerable and wants to please his wife.

When Harry met Meghan on a blind date in 2016, there was reportedly instant chemistry between them. But Harry is now at a point that he may no longer feel quite himself.

The Duke of Sussex reportedly stopped smoking and drinking. He is also believed to be doing yoga -- all in an effort to please his wife.

In "Harry: Conversations with the Prince," royal biographer Angela Levin revealed how Harry seemed tense and emasculated. Levin also commented on how the Duke "has no wish to contradict his extremely determined wife."

Even when wedding plans were underway, Harry was quoted as saying, "what Meghan wants, Meghan gets."

Meghan may be seen as the dominant force in their relationship. She was raised with an awareness of the harsh realities in the world. In her youth, she advocated to change a sexist soap advert. Growing up, Meghan campaigned for human rights and is a feminist.

Understanding Meghan's personality prompted Harry to be more careful. Levin claims a royal insider revealed to her that Harry is "careful not to say the wrong things so as not to upset his wife."

But things change towards a lighter mood when it comes to Baby Archie. Prince Harry has always been wonderful with children. Levin noted how Harry would light up with sheer, unbounded joy whenever he was with children.

Levin's private chat with Prince Harry revealed that Harry liked children because they do not judge him. In their eyes, he is someone who likes to have fun.

Even before having Baby Archie, Harry revealed that he was "determined to have a relatively normal life" and added how he wanted the same for his children too.

But life of normalcy may not be what Meghan had in mind. Markle's friends have noted that the former actress ambitions to become recognixed as an international humanitarian.

There is no stopping the new mom who has been busy with royal tours, guest-editing for British vogue, and launching a cookbook. But despite Meghan's efforts to be heard, British tabloids continue to speak ill of her.

Markle's British friends previously warned her that the tabloids would try to destroy her. However, it is not just Meghan that is hurting from bad press.

Harry's mental health is also suffering as he relives Princess Diana's fate with the press: "I thought I was out of the woods and now it's all coming back."

Rumor has it that the Duke and Duchess of Sussex may renounce their titles. Harry himself previously revealed he considered quitting the Royal Family.