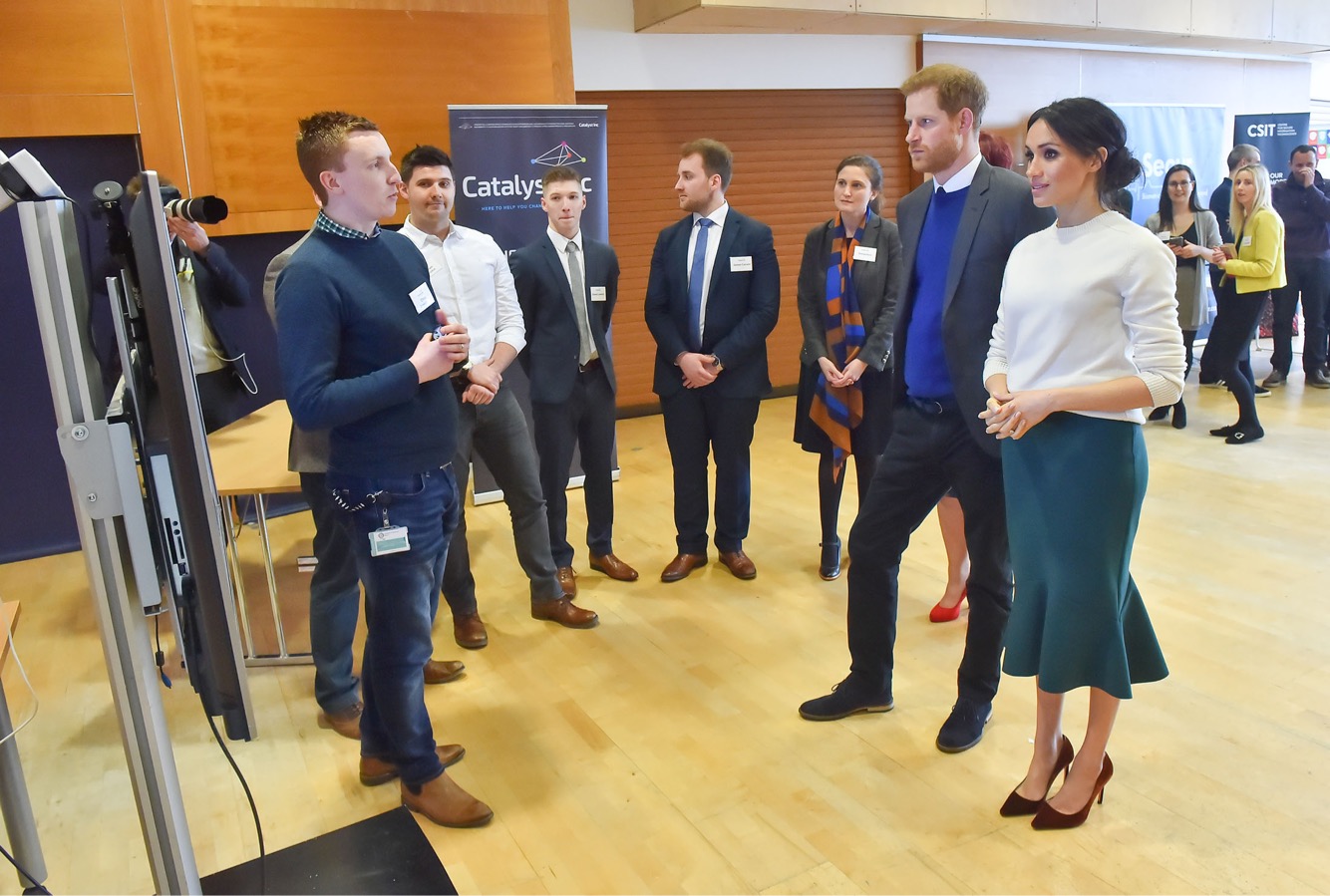 Meghan Markle sure knows how to get on the good side of his in-laws.

After it was recently announced that the Duke and Duchess of Sussex will not be spending Christmas at Sandringham Estate, Markle found a way to appease her father-in-law.

By the way, it was with permission from Queen Elizabeth II that the Sussex family was allowed to have the holidays off. It should be noted that technically, the Queen has legal custody over Baby Archie.

In celebration of Prince Charles' birthday today, the Sussex Royals shared a rare photo of three generations of Mountbatten-Windsor.

In the photo, Prince Charles can be seen together with his son Prince Harry, the Duke of Sussex. Harry was holding Baby Archie, with the father and grandfather looking upon the young lad.

The never-before-seen photo of Baby Archie's christening also had a touching message from the Sussex royals. They each gave Prince Charles endearing nicknames: Sir, Pa, and Grandpa.

View this post on Instagram
Happy birthday to His Royal Highness The Prince of Wales - Sir, Pa, Grandpa! Photo credit: Chris Allerton © SussexRoyal A post shared by  The Duke and Duchess of Sussex (@sussexroyal) on Nov 14, 2019 at 1:22am PST

It Has to Be All About You!

The Sussexes birthday greeting was singled out among all the royals who greeted His Royal Highness. However, the reactions were not all good.

In the photo, Prince Charles and the Duke looked upon Baby Archie. Now, everyone's attention is on Archie, too!

Some critics noted that this is a special occasion for Prince Charles and the spotlight should be on him. However, Markle allegedly had to make rounds on the internet so all eyes would be on Baby Archie now. Moreover, it has also been questioned why Meghan calls her father-in-law "Sir".

Detractors were also worried about Baby Archie missing out on his first Christmas with his aging grandfather.

Cambridge Royals Chime In With Greetings

Apparently, Meg's sister-in-law did not receive criticisms over her birthday greetings.

The Duke and Duchess of Cambrdige shared three photos along with the greeting. Kate Middleton was holding Prince Louis in his arms while his grandfather played with him. In the other photos, it showed Prince Charles with Prince William. Finally, the Cambridge royals shared a photo of the patriarch with William and Harry.

In all three photos, none would have focused on the Cambridge children, neither on Kate or William.

William and Kate also held restraint in the captions. Instead of endearing terms, they opted with a simple "Wishing a very happy birthday to the Prince of Wales!"

View this post on Instagram
Wishing a very happy Birthday to The Prince of Wales! @chrisjacksongetty / PA A post shared by  Kensington Palace (@kensingtonroyal) on Nov 14, 2019 at 1:09am PST

READ MORE: Meghan Markle A Proud Mama: Baby Archie Can Now Do These!