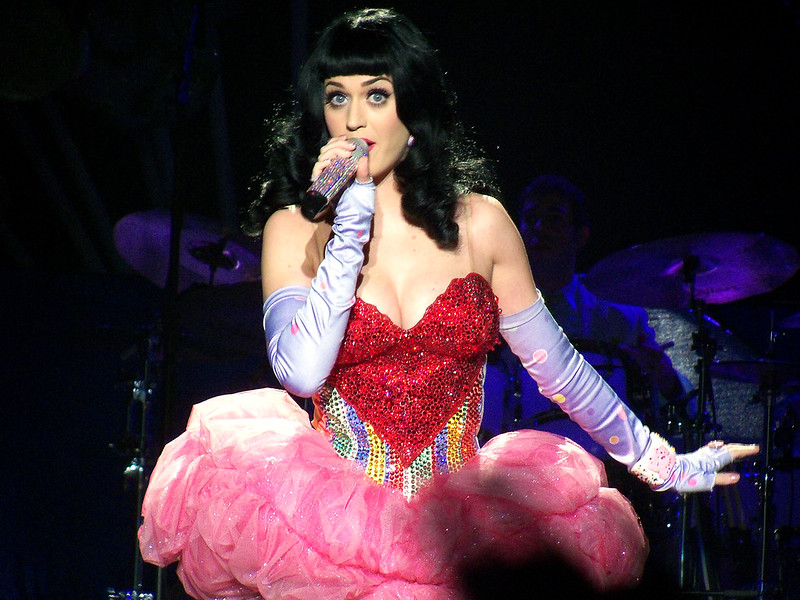 What Christmas has gone by without "All I Want for Christmas" blaring in homes and off the streets?

While Mariah Carey is on the "Merry Christmas" tour celebrating 25 years of the highest-charting holiday song since its 1994 release, not everyone loves it.

According to a Huawei poll in the U.K., Carey's version of the holiday classic has been categorized as the most annoying holiday song. Other saturated holiday songs included "Jingle Bells," "Santa Baby" and "Santa Claus Is Coming To Town."

Despite Carey's continued success, a new Christmas song is on the wish list. Good thing Katy Perry is here with one!

Katy previously launched "Cozy Little Christmas" as an Amazon Music Exclusive in 2018. Now, it is available to stream across platforms.

The "Roar" singer started December in high spirits. She just launched a 25 Days of Cozy Advent Calendar. On Dec. 1 she teased her over 87 million followers of a music video for "Cozy Little Christmas."

The first pin-up on her advent calendar featured Perry in a custom-made bodysuit embellished with crystals and white ostrich feathers. She accessorized her Zgi Cinar bodysuit with a miniature Santa hat clipped to the side of her hair, opera-length red gloves, and posh red sunglasses.

Did you see the 25 Days of Cozy advent calendar reveal? Make sure you're following along every day for a first look at giveaways, clips, and photos like this one! Link in bio.

The Secret Life of Mr. and Mrs. Claus

Perry revealed that the music video will give us all "a peek into the life of Santa and (second wife) Merry Perry!"

In another post, the singer posed the question, "Ever wonder how [Santa and Mrs. Claus] unwind the day after Christmas?"  The newly released music video shows just that!

Once Santa arrives after a night of delivering gifts all over the world, he takes off his suit and changes into a tropical shirt.

The festive couple then went on their way to "warm their popsicle toes" and get a "frisky" massage from reindeers.

Perry's hairstylist shonju previously teased that the star will be wearing a brunette wig with Christmas ornaments.

"Cozy Little Christmas" started off with a blonde Katy. Her makeup put the spotlight on her striped candy cane cat-eye with the wings so on-fleek!

Then, out of a tall martini glass came Katy dressed in a candy cane bodysuit and embracing her original black tresses. She wore ultra-glittery pearl eyeshadow.

Merry Perry then had too many eggnogs, as she debuted the festive high bouffant updo. Katy matched the brunette look with green crystal eyeliner.

The red lippie was a mainstay in all three of her holiday looks. She meant to focus on big hair and captivating eyes for this holiday season.

Watch the full music video of "Cozy Little Christmas" below: