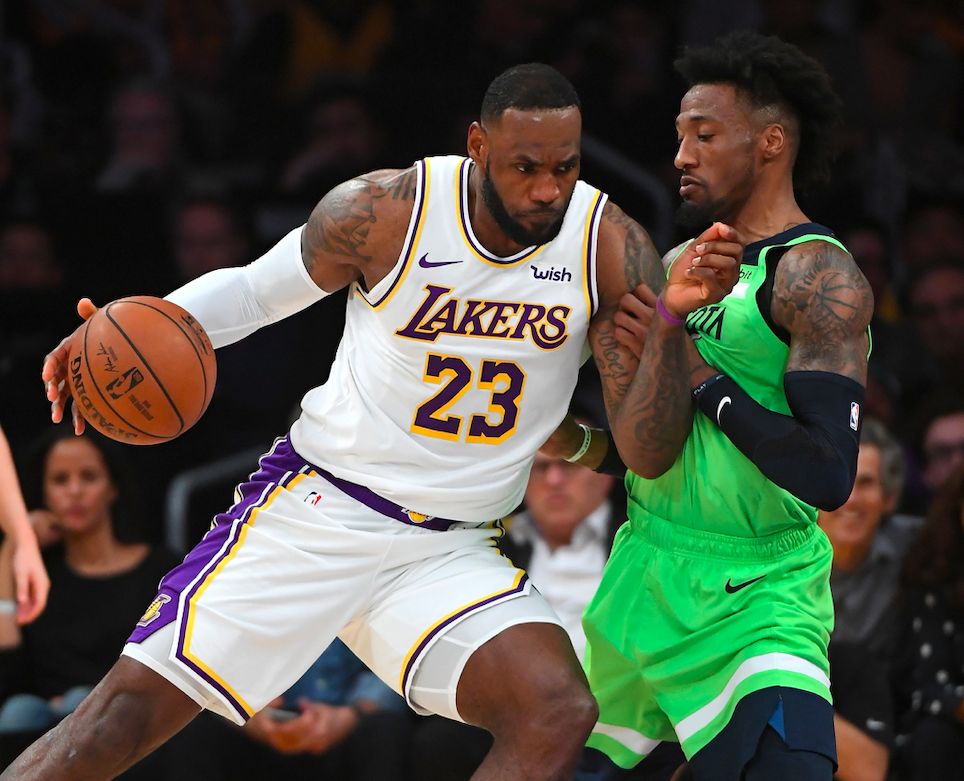 LeBron James is one of the best basketball players to grace the NBA court. However, that popularity and greatenness come with some serious drawbacks.

On Monday, James turned 35 years old. Nonetheless, when you are a celebrity like LeBron, you are expected to throw a big party and invite all your famous friends -- from A-list celebrities to the other NBA superstars.

Before his birthday though, LeBron clarified that he does not plan to throw a party. Following Sunday night's win against the Dallas Mavericks, James was asked about his upmocing birthday and is his wish as he celebrates his 35 years on Earth.

In an amusing response, LeBron said he for sure does not wish to have a party, and for a good reason.

Even though James has a net worth of $480 million and is currently making $37.4 million with the Los Angeles Lakers and tens of millions of dollars from endorsements, the NBA superstar does not want to spend any money of his own to celebrate another birthday.

Put simply, LeBron James doesn't want to be the one footing the bill for the festivities.

At this point in his career, James can afford anything he wants, although some people would have to agree with him. At 35 years old, the basketball superstar is looking forward to his long-term goals.

Lavish parties probably are not the best way to achieve those goals.

In a Twitter video captured by Lauren Jones of the LA Sentinel, James answered a couple of reporter questions about what his plans and wishes are for his birthday.

One of James' closest friends on the team, however, was completely unaware of the occasion. "It's his birthday tomorrow?" fellow Lakers star Anthony Davis asked a reporter who brought it up.

"Nah, I'm not getting him no gift," AD added before turning to his friend and asking, "Why, you want a gift?"

James jokingly said, "Yeah, for you to get the hell out of my face."

However, at the gym, they both saw each other and the exchange was hilarious.

Not a Birthday Guy

James is not totally dreading his birthday, although the night before his birthday, he wanted to make sure he was not getting called another year older prematurely.

He also said that since he was in LA, he is not 35 yet. Whereas if he were home, he would have been.

The Lakers have won their past two games after suffering a four-game slump. James tallied 29 assists during those two games, and after such scintillating performance, the birthday boy shared some message about the value of giving -- something -- a quality ingrained to him at an extremely young age.

"So, don't count me out just yet. the milestone of it is that when you grow up in an inner-city around a lot of things you don't want kids to see, to be able to get to this point in age where the statistics stacked up against you because of obvious reasons, that's a blessing," LeBron added.

LeBron James has already established himself as a Hall-of-Fame player. His awards include a 15 All-Star selections, three All-Star MVPs, three NBA championships and four MVP awards.