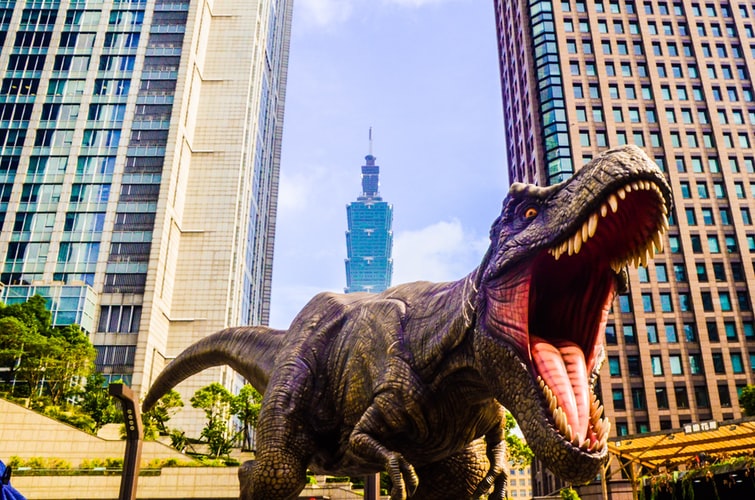 Director Colin Trevorrow officially baptized "Jurassic World 3" with its official title in conjunction with the first day of filming.

The returning director, Trevorrow, announced through his Twitter account on Tuesday that the film that will complete the "Jurassic World" trilogy will be called "Jurassic World: Dominion."

He had his way of slyly revealing it through his slate, which also showed that the production already started creating the sixth movie of the franchise.

The new title reportedly came from the biblical passage about "God giving humanity dominion over the earth."

Even its lead actor, Chris Pratt, offered a brief but clear explanation about the word.

"Day 1 of 100 JURASSIC WORLD do·min·ion /d??miny?n/ 1. sovereignty or control. "man's attempt to establish dominion over nature" #JurassicWorldDominion Hold onto your butts," he captioned the same photo of Trevorrow's slate on Instagram.

Because of the meaningful explanation of the story behind the title, "Jurassic" fans expected that the "Jurassic World: Dominion" will let the humans take over the world as soon as the dinosaurs escape captivity. The new movie will also continue the outcome of the 2018 film "Jurassic World: Fallen Kingdom."

Who Will Be Part of 100-Day Shooting?

Aside from Trevorrow, Jake Johnson and Omar Sy will join him in the project and will be back from 2015's Jurassic World.

Meanwhile, Sam Neill, Laura Dern, and Jeff Goldblum confirmed their first-time appearance in the next chapter, though Goldblum previously did a cameo in "Jurassic World: Fallen World."

Because of these new characters and returnees, they dubbed "Jurassic World: Dominion" as the franchise's "Avengers: Endgame."

According to the 40-year-old actor during his appearance at the red carpet event of Disney's "Onward," the team of "Jurassic World" planned to bring the aforementioned stars to mark the third and final installment of the award-winning saga.

"I can't tell you anything, but I can tell you it's going to blow your mind. It'll be the biggest and best yet," he spoiled the fans. "They spare no expense, and they're bringing everybody back."

"Timmy" Actor to Join, As Well?

Aside from the announced roll of artists who will be part of the "Jurassic World" return, Joe Mazello of the original 1993 Jurassic Park is also expected to join the franchise again.

The now-36-year-old actor, who recently appeared as Queen's bassist John Deacon in the Oscar-winning movie "Bohemian Rhapsody," indirectly unveiled that his kid character may be part of the latest original cast member in the sixth installment of the record-breaking franchise.

In a cryptic tweet shared by Mazello, he slyly said, "I think it's time to get back to work. What do you say, gang?"

The tweet came after Pratt said last week that he was about to leave for production and spoiled everyone that pretty much everybody from the original cast will be joining them.

People will be able to see the child actor again once the "Jurassic World: Dominion" dominates the theaters in June 2021.

READ MORE: 'Jurassic World 3': Everything You Need to Know About the 'Endgame' of the Series