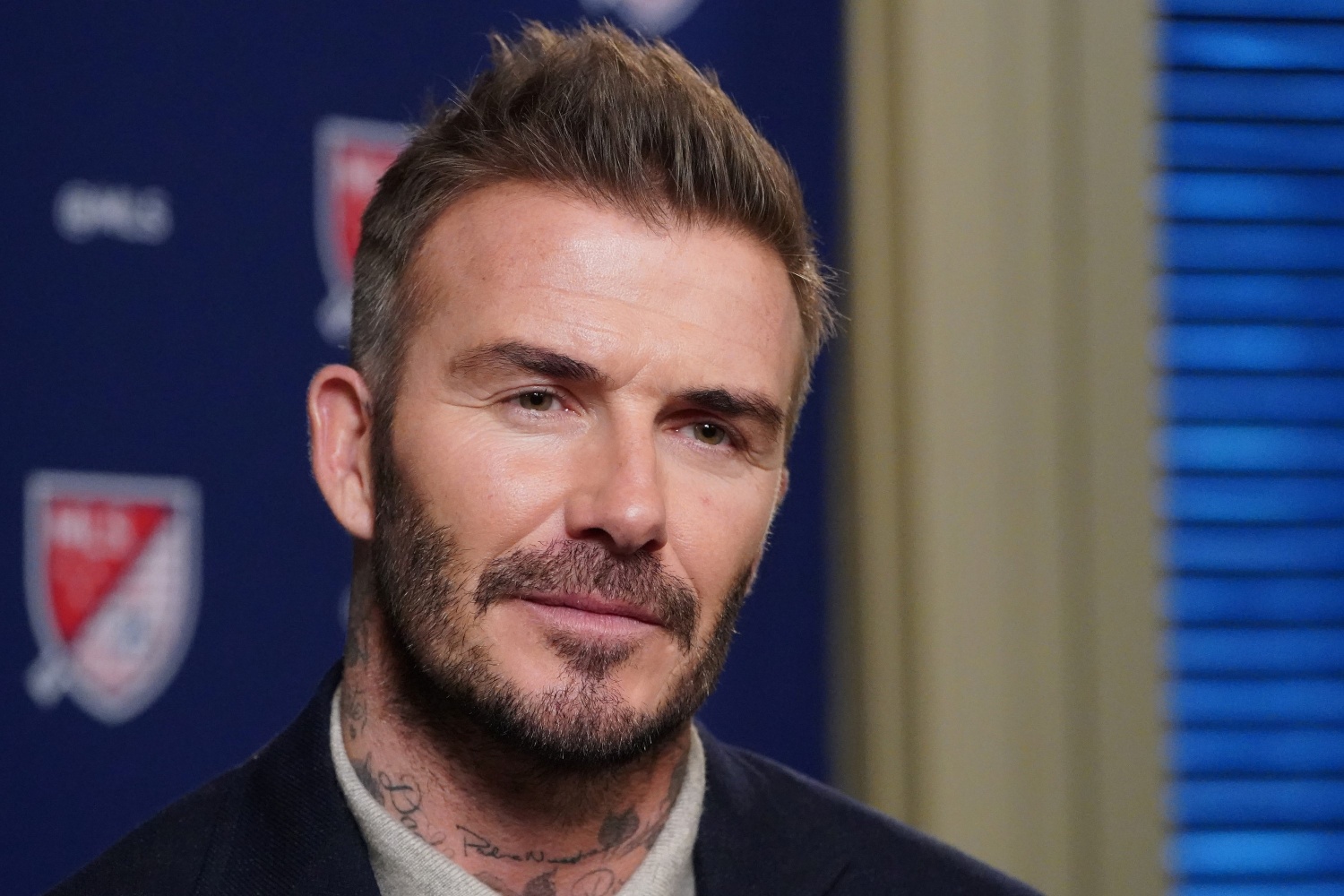 David Beckham could be the badass and hardest football player to beat on the field, but when it comes to his wife, Victoria Beckham, he could be the sweetest, softest and the most romantic man on Earth.

The couple, who has been married for 20 years now, is also one of the most loved tandems on social media as they love poking fun at each other and sharing antics on their millions of followers on Instagram.

However, in his recent interview at The Tonight Show Starring Jimmy Fallon, the 44-year-old former football star opened up about how his and Victoria's love story started.

During the interview, the father of four recalled how he met the famous "Posh Spice" of the phenomenal girl group "Spice Girls."

According to David, Victoria was already a big name in the industry when he first met her. She watched David play for Manchester United back in London back in 1997.

"We knew of [the Spice Girls], obviously, because they were pretty big at the time, and I was just establishing myself in the Manchester United team," David said.

Beckham, who confessed that Posh Spice was her favorite Spice Girls member, did not get a chance to talk to Victoria during their first meeting. It was only after a week when he had the guts to approach the pop icon.

"She'd had a couple of drinks, so I decided, "Why not?' I'd try to get her number," David recalled.

Being the football hottie and now hunk-dad that he is, would you expect a David Beckham to be very sentimental with the tiniest details of their 20-year relationship?

In the same interview, David revealed that he still has the train ticket on where Victoria wrote down her number during the first time they spent time getting to know each other.

"We talked for about an hour in the player's lounge. And she'd actually got the train up that day, so she wrote her number down on her train ticket, which I still have," David recalled, which earned a massive aww-worthy moment from the audience.

If that isn't relationship goals, we don't know what else is!

David's revelation came a few days after his wife shared a sweet throwback video of an interview they did together during their early days of dating.

In the video that Victoria shared with her 27.9 million Instagram followers, the couple was seen face to face while answering questions from a "Victoria Secret" documentary back in 1999.

David was sporting a red puffer vest that matches his red bandana, while the pop star turned fashion icon was wearing a black tube-top to match her spiky pixie hair.

In the video, David was asked what made him fall in love with Victoria. The football hottie replied with: "I couldn't put my finger on one thing. It was everything, you know the whole package I just fell in love with it."