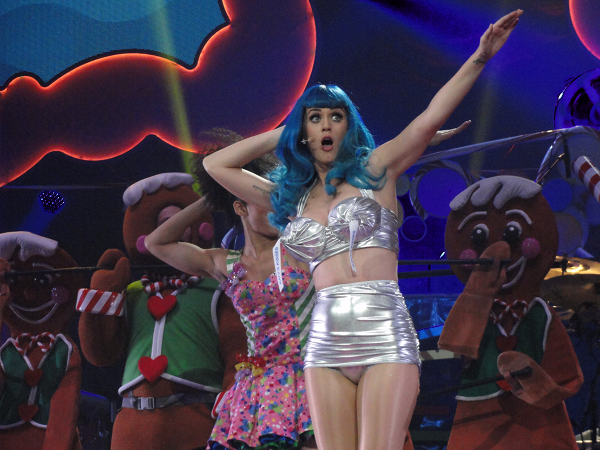 After Katy Perry surprised her fans with her pregnancy reveal last March, the pop star admitted that she and her fiance Orlando Bloom are experiencing highs and lows in their relationship.

As cited by Us Weekly, a source revealed that the soon-to-be-mom and the "Pirates of the Caribbean" star's relationship "has changed since she got pregnant."

"Orlando and her are having some ups and downs right now," a source told the entertainment site. "Katy is dealing with the nerves of being a first-time parent, and Orlando is stressing about having a baby in their lives at this time."

Although it is completely normal to feel fussy, especially since they are expecting their first baby, the "I Kissed a Girl" hitmaker is still "overjoyed and elated that she is pregnant."

"She's always wanted to be a mom," the source added.

The 35-year-old California native singer first announced her pregnancy through her music video for her new track "Never Worn White."

In the video, Katy was seen wearing a white bandeau top and sheer skirt while delicately caressing her very pregnant belly.

Moreover, she also confirmed the exciting news on her Instagram Live and revealed that she will give birth this coming summer.

"There's a lot that will be happening this summer. Not only will I be giving birth - literally - but also figuratively to something you guys have been waiting for," the singer said, referring to her forthcoming album.

Katy obviously can't hide the excitement as she confessed that it was the "longest secret" she has ever kept.

"I like to tell you guys everything, but I knew I would tell you in the best way, which was through a piece of music because that's how I speak to you. That's how we speak together with each other," Katy explained.

It's A Baby Girl!

On her Instagram account, the "California Girls" songstress posted a photo of the 43-year-old actor smiling from ear to ear while covered with pink icing as she captioned her photo "It's a Girl."

"I can't wait to dress her," Scott wrote.

The pair got engaged on Valentine's day in 2019 after dating for three years.

Aside from his child with Katy, the "Lord of the Rings" star has a nine-year-old son named Flynn, whom he shares with ex-wife Miranda Kerr.

Due to the ongoing pandemic across the world, Katy and Orlando were forced to postpone their long overdue wedding.

The pair initially planned to tie the knot last December but had to push back the wedding because they failed to secure the venue that they wanted.

A source told E! News that Katy and Orlando's upcoming wedding was set in Japan, but the rapidly-spreading virus has forced them to "wait to see what happens with travel and coronavirus."

"The wedding is coming up, and everything is planned. It's up in the air, and things could be changing," the source mentioned.