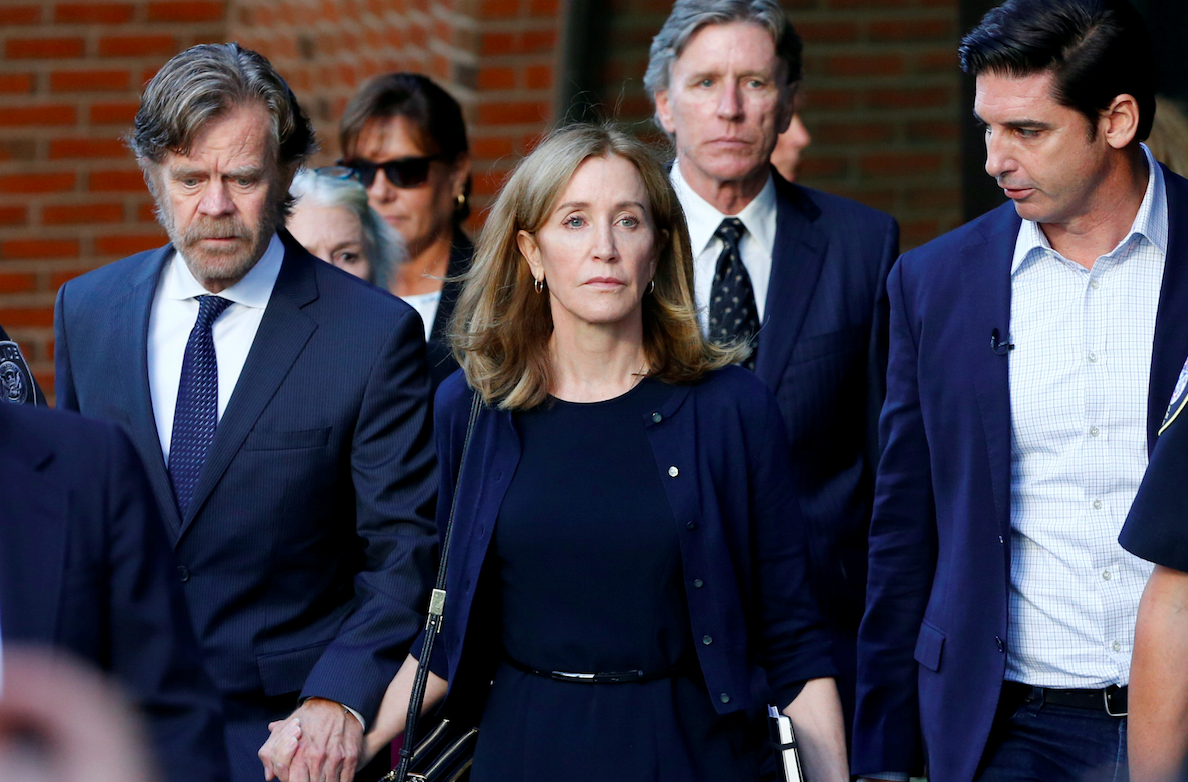 Felicity Huffman must be so proud right now. After her grueling experience with the law because of her involvement in the college admissions scandal, her daughter showed that she has what it takes to get into a prestigious university on her own. On the other hand, this just shows how wrong Huffman was to be involved with that scandal in the first place.

Huffman has quite underestimated the abilities of her daughter by paying $15,000 to have her daughter's SAT answers covertly corrected. When the scandal broke out, she and many more high-profile figures were implicated. Some had pleaded guilty, while others still haven't and awaiting trial.

Huffman is one of the earliest to plead guilty and she served 11 days in jail for it.

Sophia Macy, who is said to have no idea about what her mother did, proved that she could ace the SATs if given a chance. Macy, 19, retook the test, and her scores allowed her to get into the prestigious Carnegie Mellon University, which is located in Pittsburgh, a source revealed to Page Six.

The young actress is quite proud of her achievement. Uncaring if people will continue to judge her or her mom, she took to her Instagram Stories and posted the school's logo and two smiley heart emojis. She also cannot resist in showing what happened to her by adding "CMU Drama '24" to her bio.

Huffman already made sure the world knows that her daughter did not know what she did. While she probably had the best of intentions and was acting like a mom who made a wrong judgment on the situation, what she did not only shamed her and her daughter but also hurt Sophia. After all, bribing someone to change the scores of her daughter's test the first time she took it meant Huffman did not believe Sophia can do it on her own.

The former "Desperate Housewives" admitted her mistake in a letter to a judge for her part in the highly-publicized scandal. She wrote, "When my daughter looked at me and asked with tears streaming down her face, 'Why didn't you believe in me? Why didn't you think I could do it on my own?' I had no adequate answer for her. I could only say, 'I am sorry.' "

Sophia is undoubtedly a talented young girl. She already appeared in Jordan Peele's "The Twilight Zone." Her younger sister, Georgia, 18, is entering Vassar in the fall.

Meanwhile, Lori Laughlin, the other celebrity that was part of the massive scandal, is yet to be trialed. Her daughter, Olivia Jade, whose mom's bribery efforts were supposed to support, recently took to Instagram. Before the scandal, she was already a rising influencer, mainly through her social media and YouTube account. However, after the scandal broke out, she started to keep a pretty low profile. A cute pup, however, compelled her to reappear on people's feeds.

The 20-year-old is shown in a photo cuddling up to her new pet as she looks into the camera. Like Sophia Macy, Jade was said to be unaware of what her mom allegedly did and was embarrassed by what had happened.

As a result, she could not go back to her social media because she knew everyone would be shading her. This is especially true when just two weeks ago, federal prosecutors released a photo of her on a rowing machine, which her parents used in their efforts to get the girls into the University of Southern California. Loughlin and her husband Mossimo Giannulli were accused of coughing up $500,000  to ensure Jade and her sister would be accepted to USC as crew recruits.

They are due to be trialed in October, although there are already movements from their camp to have the case thrown out.